Roopal Tyagi Wiki Bio Boyfriend| Bigg Boss 9 Contestant Biodata– Roopal Tyagi is a well-known Indian television actress and choreographer who have taken a place in the hearts of viewers with her beautiful smile and mind blowing acting skills. She made her debut on small screen with the lead role of Mansha in Zee Tv serial ‘Hamari Betiyoon Ka Vivaah’.After that she came into prominence for portraying the role of Pari in Indian soap medical drama ‘Dill Mill Gayye’ which aired on Star One. She was last seen portrayed the lead role of Gunjan with his ex-boyfriend Ankit Gera in ‘Sapne Suhane Ladakpan Ke’, created by Shakuntalam Telefilms. Currently, she is seen as one of the contestants in the reality show Bigg Boss 9. 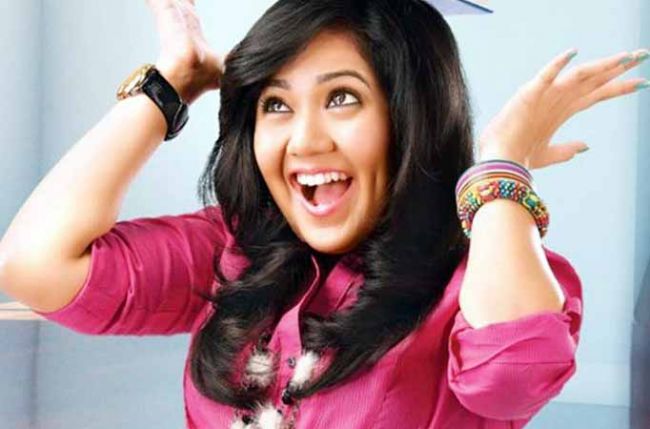 Rupal Tyagi Wiki and Biography– Rupal Tygi was born on 6 October 1989 in Bangalore. She is very close to his parents and she always takes advice from them regarding any important decision. Her acting skills as well as her powerhouse performances in several soaps have made her hugely popular. Apart from serials, she is a choreographer too. She always dreamed to become a choreographer during her childhood. For his passion towards her dream, she trained at Shamak Davar’s dance institute. Then she got an opportunity to assist Bollywood celebrity choreographer Pony Verma. She also choreographed Mere Dholna Sun from the movie ‘Bhool Bhulaiyaa.She truly amazed the viewers with her charming face, mind blowing acting and dedication towards her work.

In Jhalak Dikhhla Jaa 8– She was last seen as a wild card entry in the eighth season of Jhalak Dikhla Jaa.

In Bigg Boss Season 9-Bigg Boss is set to roll out its 9th season and the casting for contestants has started in full swing. Rupal Tyagi has been approached for this season which is based on the idea of double trouble.This show is hosted by superstar Salman Khan.

Boyfriend– According to the sources, she was dating with popular television actor Akhlaque Khan but they broke off due to some personal reasons. She was also in a relationship with Ankit Gera during the serial ‘Sapne Suhane Ladakpan Ke’ but they soon broke off. Currently, she is focusing on her career growth.