Lisa Morales Wiki, Biography and Facts about American Hot Actress: Lisa Morales is an actress from America best known for her roles in “Descontrol Telemundo”, “I kill to Luv You” and “Model Latina”. She is a TV personality, Host, Model, Brand Ambassador, Philanthropist, and Fitness mentor. Featured in some of the most affluent TV networks and modeling forums, Lisa has experience that spans nearly every scope of the entertainment industry.

With a strong work ethic, broad appeal, beauty and charm and that is undeniable, her ability to impact both Spanish and English speaking audiences in limitless. Here are some of the important facts and details about this beautiful actress. 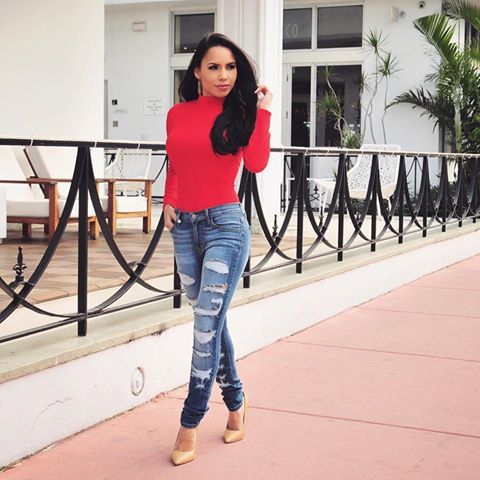 Lisa appeared on Univision’s popular TV program, Caliente, which featured some of the most prominent Latin artist from around the globe. She competed in the show’s international contest “Super Chica Caliente” winner with an impressive 2 million votes. Lisa was chosen to compete in “Model Latina”, season 2 a reality series on SiTV that was the first modeling competition of its kind to feature Latina Models from around the US.

Lisa lived in Miami, Florida. She has a younger brother is in collage studying Psychology and her younger sister is in high school.  When she was 8 yr old, her nick name was Romeo. She loves to travel and has visited in several countries. Lisa has visited Europe and almost every island, including Turk and Caicos, Hawaii, Jamaica, Cuba, and the Dominican Republic.

This was all about this beautiful model.

Comment below if you have more information regarding her.