One word that describes Yao Ming height of 7 feet 6 inches is gigantic. Yao Ming’s Height is 7 feet 6 inches. On paper, a person who stands at more than 7feet may not appear very tall; wait until you meet the person in reality. Shock and amazement is what will describe the scene. Yao Ming has always been a popular point of discussion when it comes to height despite the fact that he retired from playing professional basketball many years ago. To some, he is seen as the perfect example of what can come out of China, a country that is mainly populated with below-average citizens (usually less-than 5ft 9inches). Others see or saw him as an intimidating figure to the West where coming across unusually tall people isn’t uncommon. Whichever the case, Yao Ming has cut himself a slice of history as one of the tallest people.

Yao Ming is a retired Chinese basketball who played professionally in both his country, China, as well as in America, NBA. He was born in Shanghai, China on September 12, 1980 and is the sole child to Yao Zhiyuan (father) and Fang Fengdi (mother). Both his parents were quite tall and actively played basketball as professionals in China. The dad’s height is 6ft 7 in (201cm) while the mum’s height is 6 ft 3 in (190 cm). It is no wonder that Yao Ming inherited their genes and even became much taller. His height was exceptional right from birth and also during his childhood. By the time he was 10 years old, Yao Ming was 5 feet 5 inches (168 inches) tall. Courtesy of his height, Ming was enrolled to play basketball with much older kids, a move that greatly improved his skills. 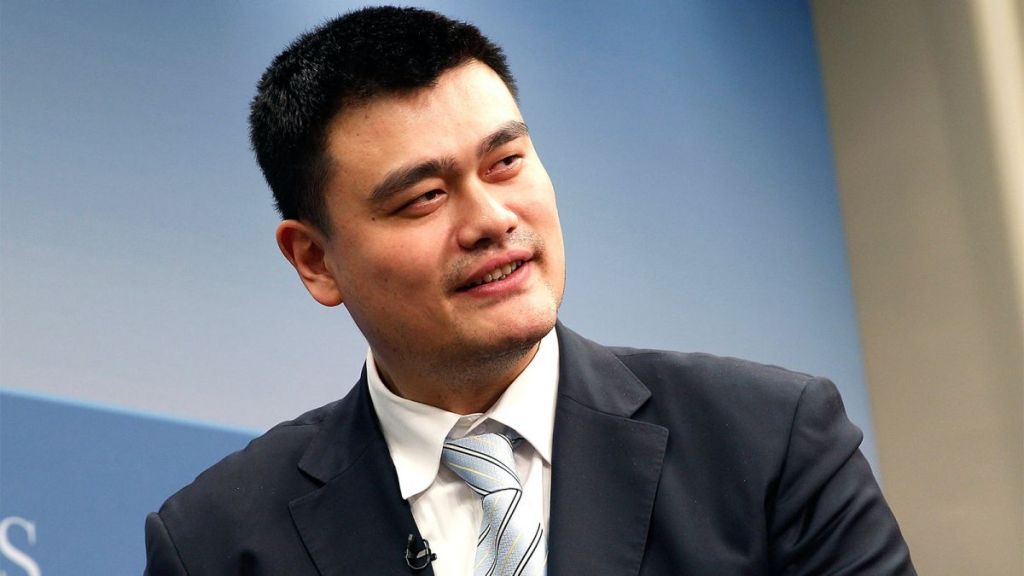 Yao Ming Height at His Prime

Genetic makeup and possibly following a particular diet saw Ming growing relatively fast compared to ordinary children. In fact, at the age of 9, doctors who were amazed by his tallness predicated that he would reach 7feet 3 inches (220cm) at his prime. However, he exceeded their expectations and attained a height of 7feet 6inches (229cm). While teenager, he was drafted to play for the senior team in the Chinese Basketball Association (CBA). After helping his team win the championship, he was recruited by the Houston Rockets in the National Basketball Association (NBA). Not only was he a tall figure in China but also in the US. The average basketball player is usually around 6 feet 7 inches tall. The tallest players are 7feet tall. However, Yao Ming, standing at 7ft 6inches was quite something. In fact, he overshadowed players like Shaquille O’Neal (Shaq), Kareem Abdul Jamal, who was among the tallest (7ft 1 inch). He was NBA’s tallest active player by the end of the season.

Yao Ming was not only tall but also heavy. At birth, he weighed 5.0kg (11 pounds) whereas a normal baby weighs between 6 and 7.5 pounds (2.8 to 3.4 kg). His weight was nearly double the standard weight. When fully grown, he weighed about 310lbs (141kg). His huge weight and height led to him being nicknamed The Great Wall of “Yao”, The “Ming” Dynasty, Chairman Yao and other names depicting gigantic things. His presence at the basketball court was also felt as he could stand up and block shots (attempts) from opposing players, and was difficult to grab the ball from him. Before his retirement in July 2011 due to ankle injuries that had sidelined him for two seasons and made him miss 250 games, Yao Ming had appeared for the Houston Rockets 8 times and played in 6 seasons in a career than span from 2003 till 2011.

Records indicate that the Chinese professional basketball had a waist measuring 36 inches (79cm). To a normal person who is as active as basketball player, this is a bit on the higher side; but, to a player standing at 7feet 6 inches, the waist is small. He also had a relatively large chest that measured 42 inches (92cm) while his neck was 16 inches (35cm). Ming also had very large palms (hand length) that were 10 inches (22 cm) which had people describe his hands as shovels. His wingspan (length from the tip of the middle finger on one hand to the other at a horizontal position) was 7feet 5inches (226 cm). Also big were his ears that were jokingly reffered to as fleshy saucers. Yao Ming wears shoe size 18(US) or 22(UK). Compared to an ordinary person, Yao Ming height, weight, size and other physical features are extraordinary. 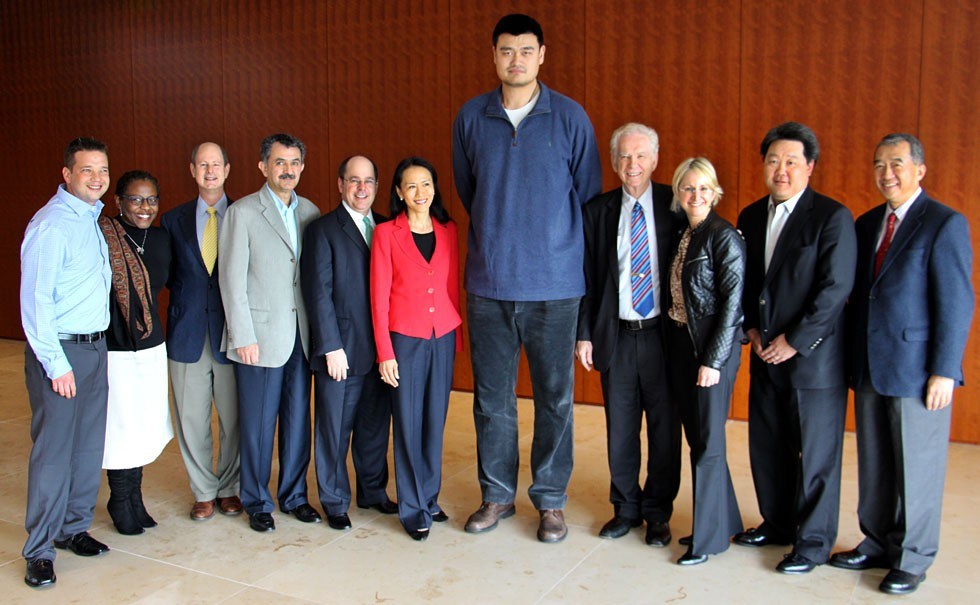