Thomas Edward Patrick Brady Jr. popularly known as Tom Brady is an American NFL quarterback who plays for the New England Patriots. A three-time Super Bowl MVP, Brady is considered as one of the greatest quarterbacks the NFL has ever seen. His football success as well as his marriage to Brazilian super model Gisele Bundchen have made him a popular and celebrated figure not only in America but the world over. His enviable career stats are synonymous with his accolades. Brady’s success in and off field have combined to give him a net wealth estimated at $120 million. And one of the ways Brady spends his millions is by building his own estates from scratch. Here is a look at the quarterback’s houses as well as his career statistics.

Brady and wife Bundchen as well as their brood of three live in a fitting custom-built mansion in Brookline, Massachusetts, Boston. The family moved here in 2015, just a year after selling their other custom-built house in Brentwood Los Angeles, California to rapper Dr. Dre for the price of $40 million, $10 million lower than the asking price of $50 million. The couple reportedly spent around $40 million to build the house.

To let you in on how this power couple prefer to live their lives, here’s is a detailed look at their former home as well as the current one in Boston.

In 2009, right when Brady had just married Bundchen, the couple lived in a rented apartment in the Brentwood neighborhood of California. They soon spotted an untapped piece of land in the neighborhood and decided to purchase it. Three years later, in 2012, the couple had raised a massive 14,317-square-foot mansion eco-mansion on the 4 acre land they bought. They employed the services of Hollywood ace architect Richard Landry and interior designer Joan Behnke to help bring their dream house to fruition. 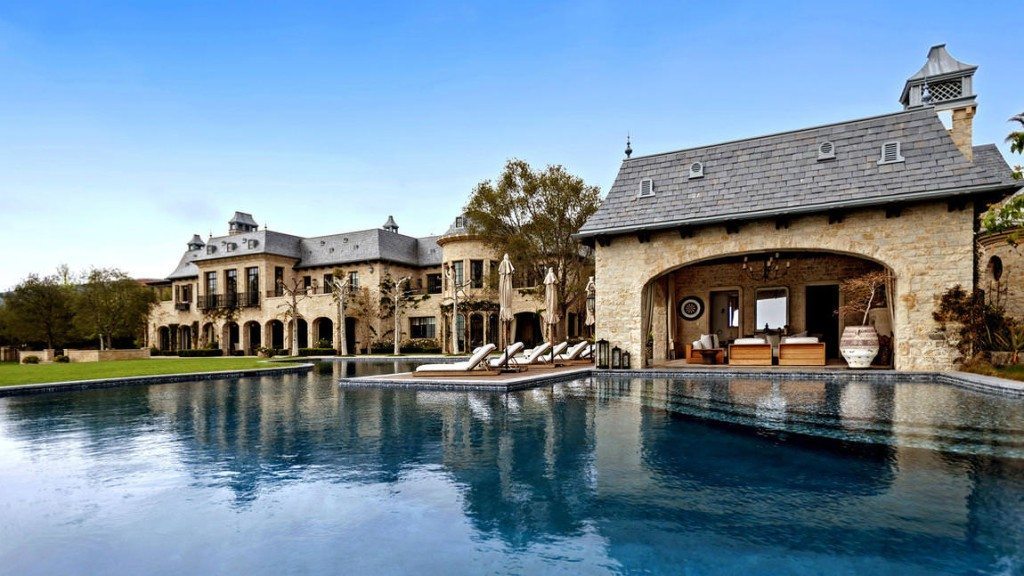 In 2013, the couple opened the doors of their eco-mansion to Architectural Digest and though ample, the features had simplicity and warmth written all over it. Apart from wanting a place large enough to accommodate their big family (in addition to the three kids, Brady and Bundchen have 8 sisters altogether), another reason the couple preferred to custom-build their home was because they wanted to live “green” (HINT: Bundchen is a UN Ambassador for Environment Programme). In order to alleviate the negative impacts their living would have on the environment, the couple incorporated recycled materials in the construction of their home. 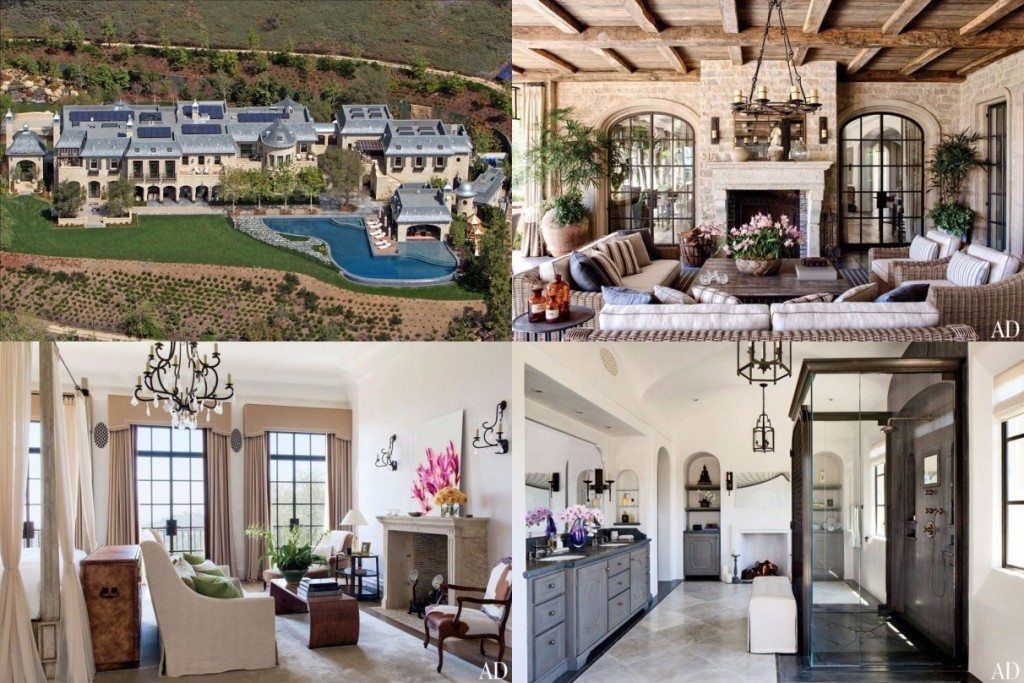 The house is also powered via two photovoltaic solar panels- now you know why it is called an eco-mansion. Dr. Dre is now the lucky owner enjoying all these green features. The house also includes a koi-stocked moat and a chicken coop. Brady and Bundchen, must be such minimalists.

The 14,000 sq ft building includes 6 bedrooms, a fully-equipped gym with custom-made wrought-iron monkey bars, an outdoor kitchen, an infinity pool complete with cabana and a pond onsite complete with waterfall.

While many people speculated that Brady and his family will settle in the celebrity studded Los Angeles for good especially after building a $40 million dream mansion, the couple left us in denial when they opted for Boston instead. Per reports, the Patriots quarterback and his family may never ever have to leave Boston even after Brady’s retirement which is right around the corner. And though the couple haven’t revealed their reason for the surprising choice, we bet it’s a rational one. Of course it has to be, you don’t invest money and energy to build a dream home somewhere only to sell it off and run off to another place in just a year. 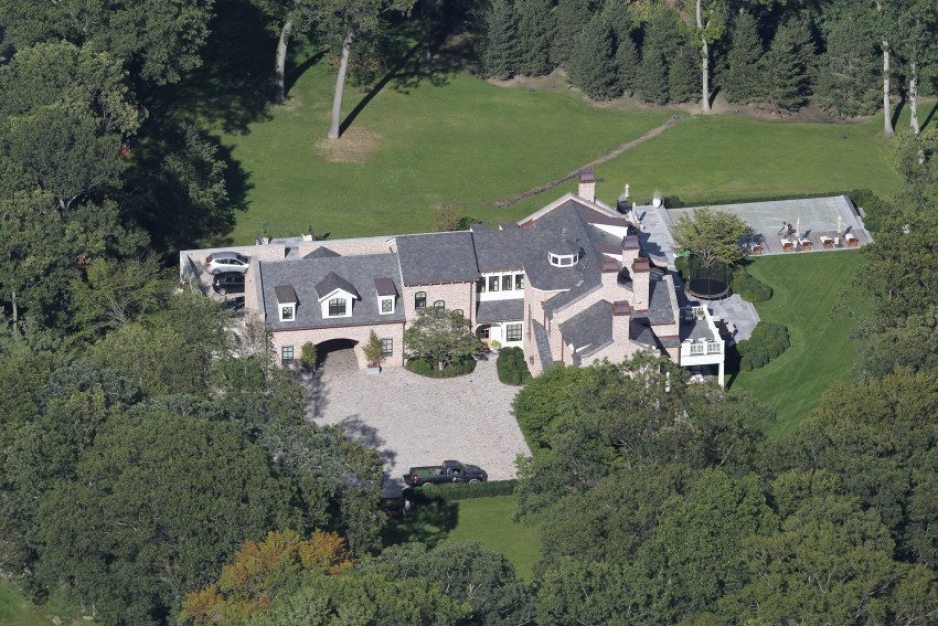 For their new house in Boston, the couple chose to build on a 5.2 acre piece they bought in 2013 for $4.5 million. Again, they picked Richard Landry to do the architectural honors.

Unfortunately, there are no interior photos of the new house as the couple is yet to open their doors to public cameras.

However, information from credible sources reveal that the house located near the very exclusive Brookline Country club measures over 14,000 square feet and includes 5 bedrooms with a master suite with his and hers closet, 4 bathrooms, gym, library with balcony, a motor court, wine cellar, kitchen with pantry, and sun room. The garage area features a staff quarters and a nursery while the pool features a Banja shelf. 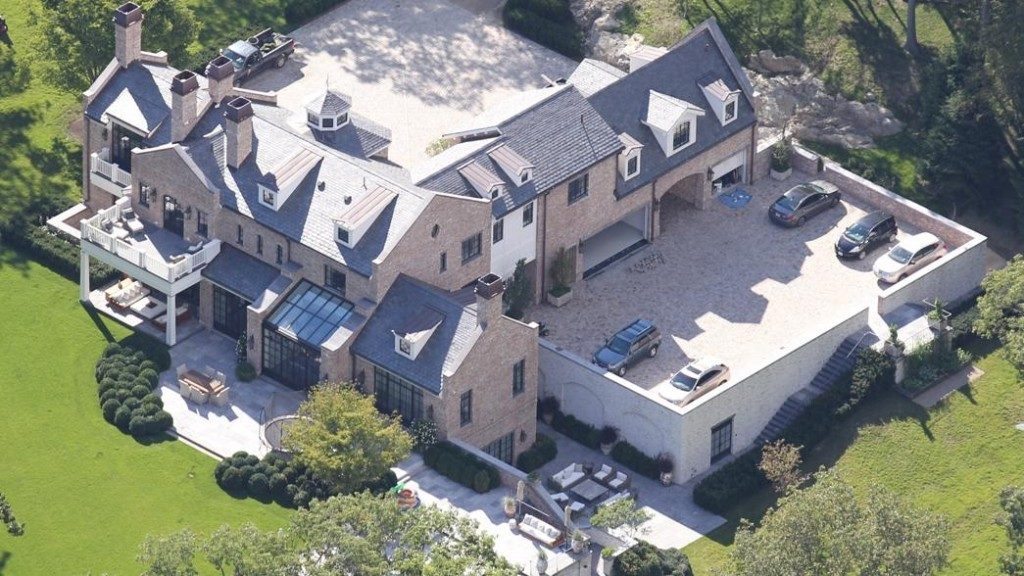 Before moving into the Brentwood mansion Brady lived in a $9.2 million apartment in Boston which he later sold. 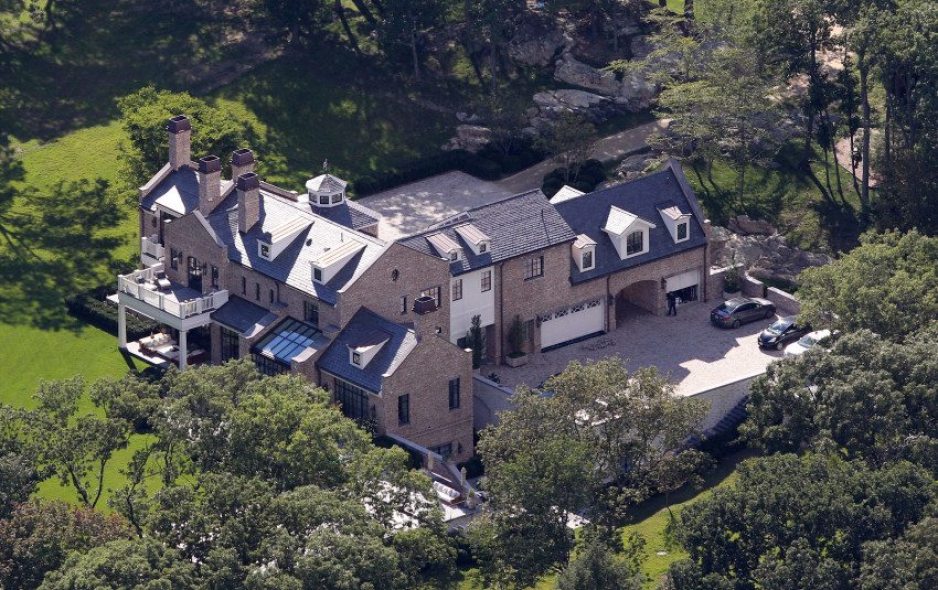 Brady in October 2013 bought a $14 million 3,300-square-foot condo at One Madison in Manhattan, New York. Although sources have it that he could trade it up for a bigger 5,000 square foot, more private one at 70 Vestry Street, Tribeca. The 14-story apartment building as designed by Robert A.M. Stern would be completed in 2018.

Tom Brady was selected in the 6th round by the New England Patriots in the NFL 2000 draft. He has since played for the Boston side. Brady along with the Patriots have appeared in 6 Super Bowl games, the most for any quarterback ever. The team have won four of those with Brady being named as the Most Valuable Player in three (Super Bowl XXXVI, XXXVIII, and XLIX). In addition, he has received the league’s MVP award twice in 2007 and 2010. Brady has led his team to a record 13 division titles- the most for any quarterback in the history of the NFL. He has also been selected to 11 Pro Bowls. 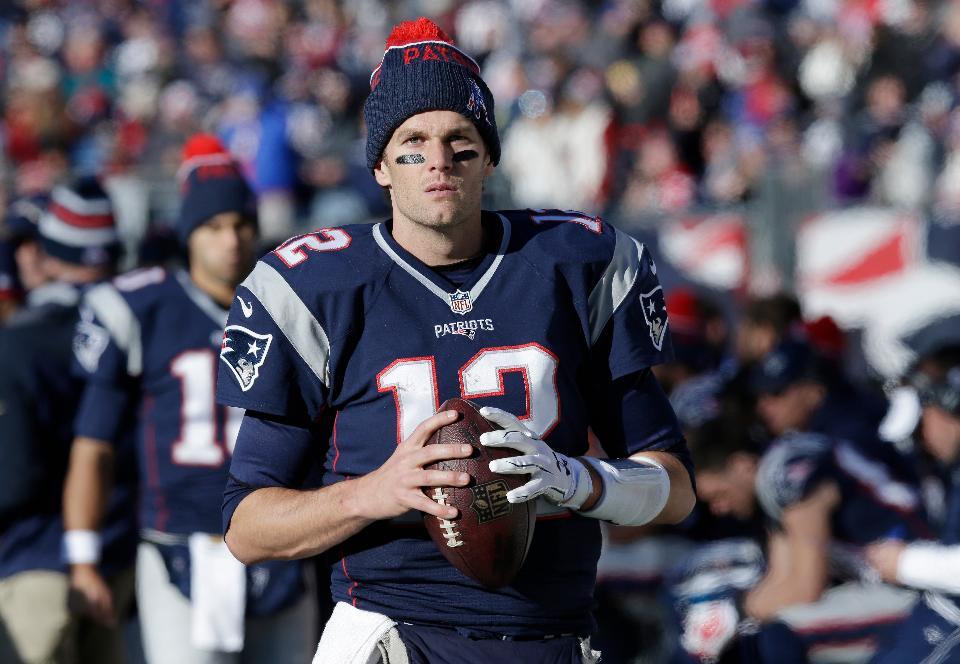