Shruthi Bigg Boss Kannada 3 Finalist Wiki Biography DOB Age Husband Images Biodata – Shruthi is a well-known Indian actress and politician who has taken a place in the hearts of audience with his mind blowing acting. She made her debut on silver screen with the 1989 Malayalam film ‘Swantham Ennu Karuthi’.She came into limelight for playing the role of Gowri in Kannada comedy drama film ‘Gauri Ganesha’, directed by Phani Ramachandra. After that she came into prominence with the thriller film ‘Aagatha’, produced by Manasa Arts Banner. She had gained popularity for essaying the lead role of Lakshmi in action- psychological thriller film ‘Bachchan’. Currently, she has been approached as a contestant in the third season of popular reality show ‘Bigg Boss Kannada 3’. 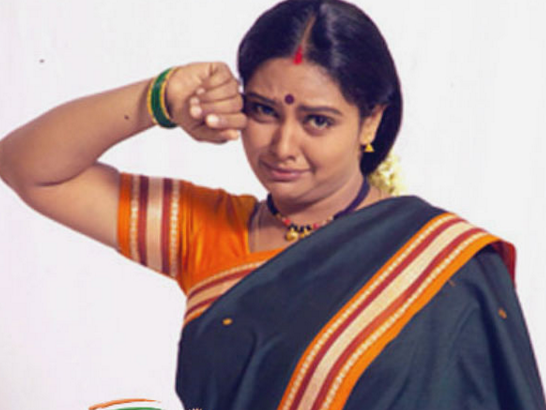 Shruthi Wiki and Biography– Shruthi was born on 18 September 1976 in Hassan, Karnataka. Her real name is Girjia. She has appeared in over about 140 Kannada films in addition to a few Malayalam and Tamil films. She has won two Karnataka State Film Awards and lots of Filmfare Awards South in her career spanning over 25 years. She is very close to her brother Sharan, who is a playback singer and film producer.She truly impressed the viewers with her versatile acting, beautiful smile and dedication towards her work.

As a Contestant in Bigg Boss Kannada 3– She is one of the finalist in the third season of Kannada reality television serial ‘Bigg Boss Kannada’. This show is hosted by superstar Sudeep.

Husband– This talented actress was married to film director S. Maghhendar for 11 years and divorced in 2009. After that, she got married with Chakravarthy in June 2013.