Since 2005 when she signed a record deal with Def Jam records, Rihanna has become more than a force to reckon with and unmistakably one of the most relevant female artists of her time. The singer is from  Barbados and has managed to graft herself into the American and global society as a whole.

As her relevance increases, and we believe it does by the second, the more we want to know all the juicy details about her life. First on the list is Rihanna’s boyfriend, but it would be a shame to dive into the topic without taking a trip down memory lane with the ‘ghost of boyfriend’s past’.

The ‘good girl gone bad‘ has never failed to prove to us that she ‘may be bad, but perfectly good at it’, her love life is certainly a testament to that. From her numerous on-and-offs, to the scandalous details that have led to even more scandalous breakups, Riri has definitely taken us all along on the roller coaster that is her love-life.

Rihanna’s boyfriend in 2003, who also happened to be her first boyfriend was Negus Sealy. The couple was spotted together again 8 years later in Barbados and it looked like the relationship was back on. 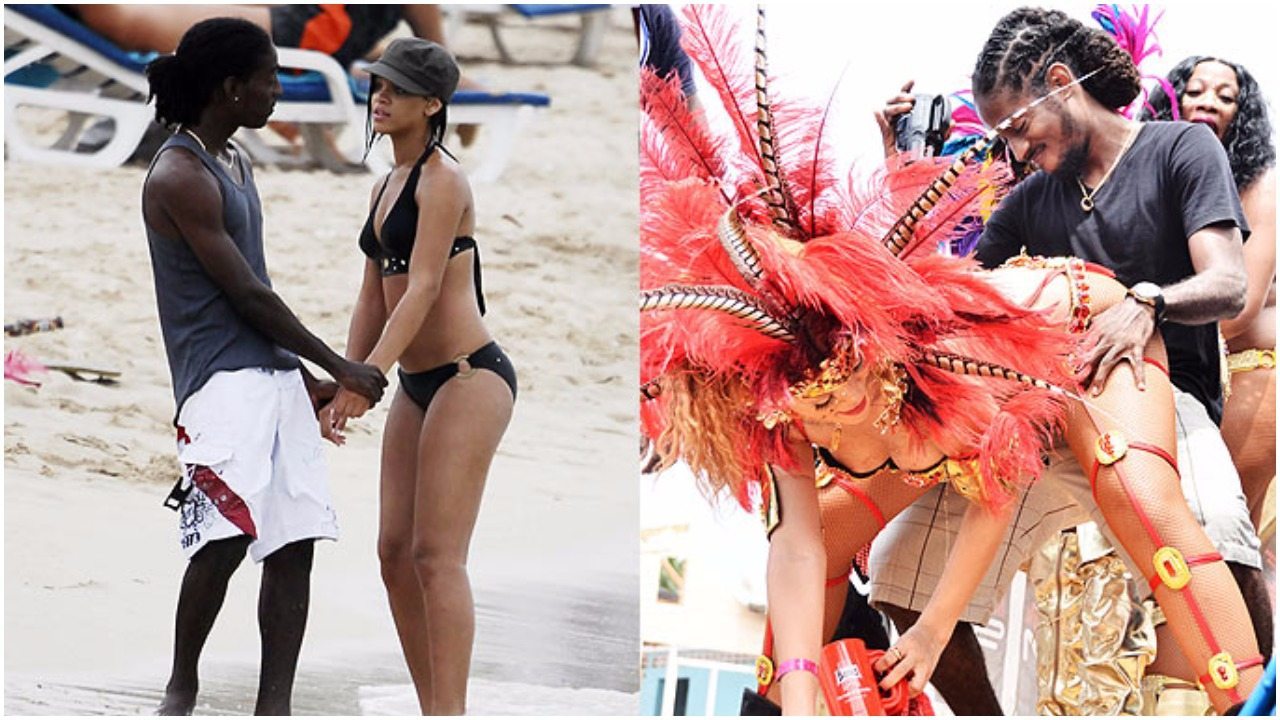 Since 2005, when Jay-Z discovered her, they have been rumored to be romantically involved, on more than one occasion, they have had to squash the rumors. The most popular and probably the most controversial of Rihanna’s relationships, was the one she had with Chris Brown.

They were first spotted together in 2005, but officially came out as a couple in 2008, and their breakup was very dramatic. Chris Brown physically assaulted the Barbadian beauty and was arrested, this led to their first break up, yes, I said first. In 2012 the couple rekindled their romance and in May 2013 the flames of their relationship were fanned out. 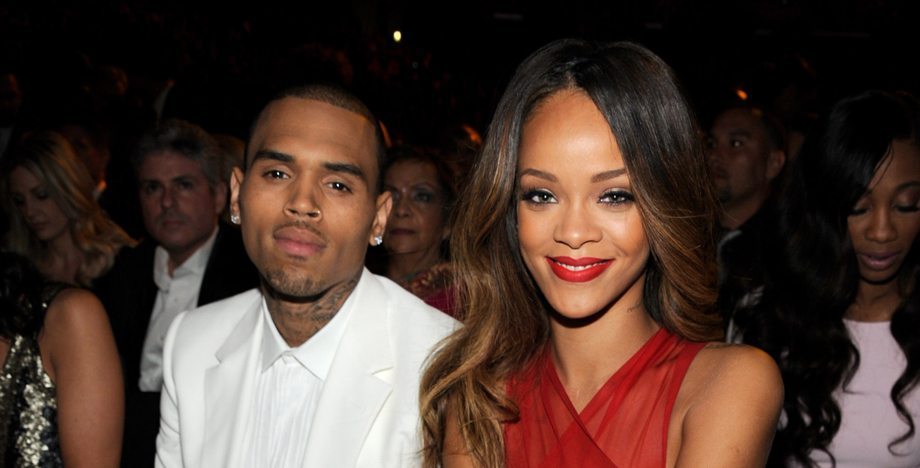 In 2009, Rihanna’s love interest was none other than, American professional baseball player, Matt Kemp. The relationship lasted for about a year. 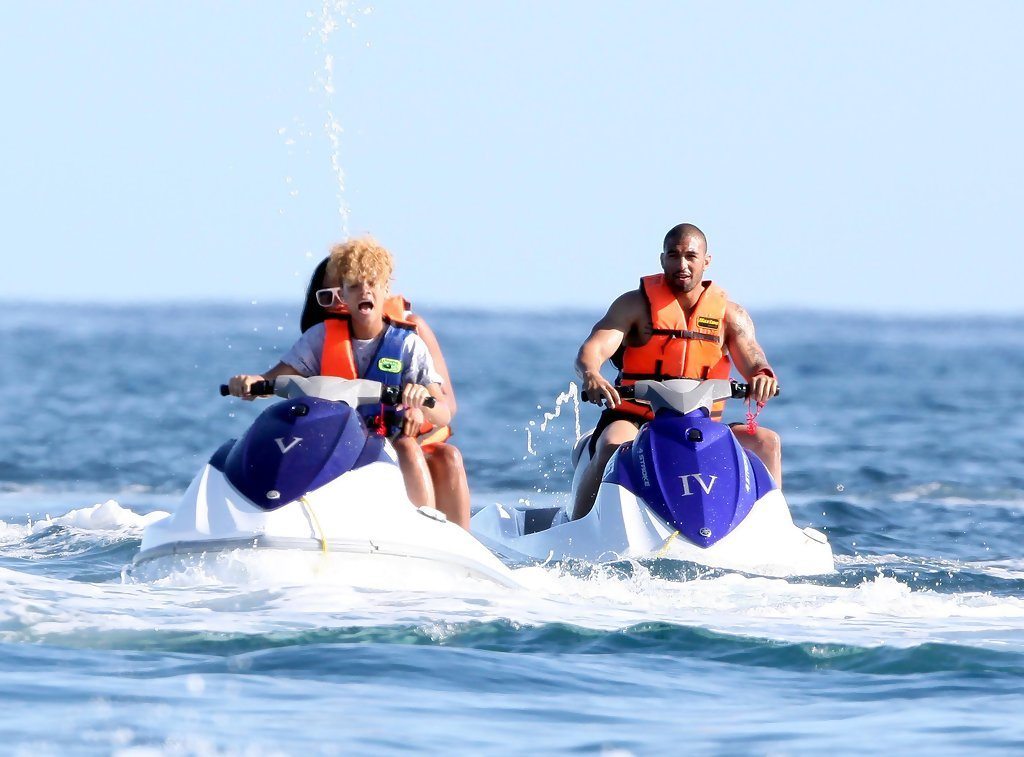 Drake and Rihanna also have that on and off dynamic going on, he was first linked to Rihanna after she broke up with Chris Brown and the two have been confusing everyone. As recent as last month they came out as a couple, an insider told E! News ‘He still loves her and never stopped. Rihanna is the one that’s been not wanting to settle down in the past’, and that means Drake takes the title of ‘Rihanna’s boyfriend’. 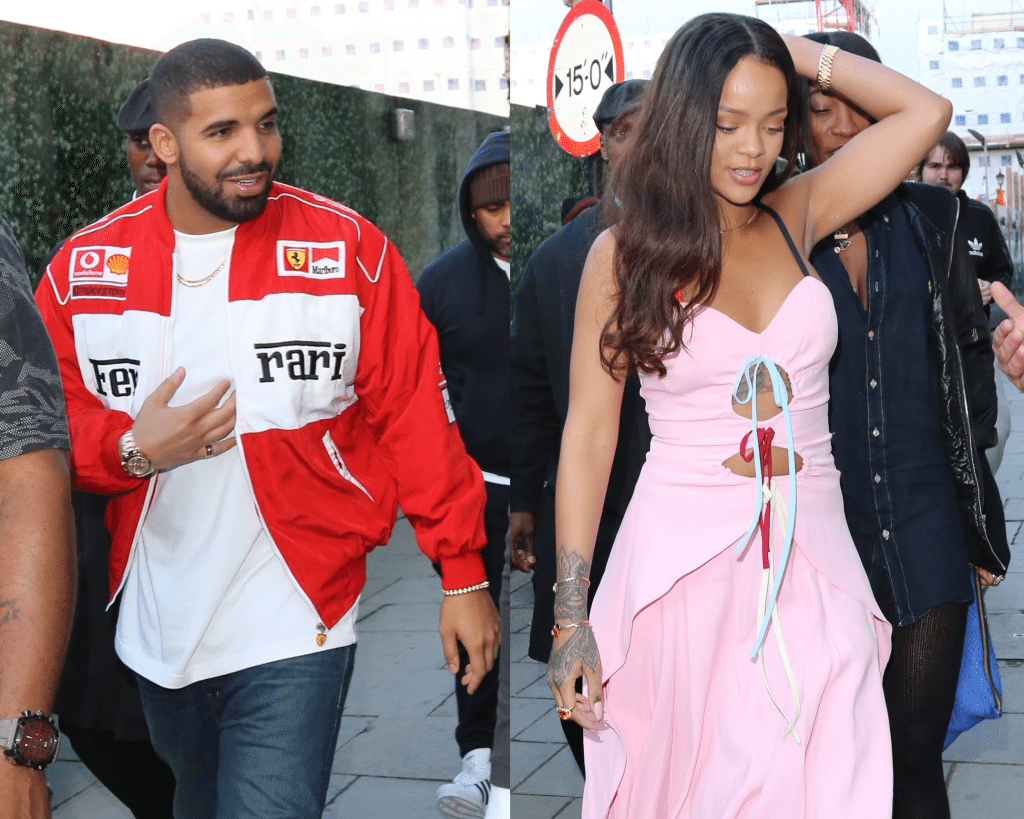 Rihanna was born into the house of Ronald Fenty and Monica Braithwaite, a former warehouse supervisor and a retired accountant respectively. Her father is of Barbadian and Irish descent while her mother is Afro-Guyanese; this has earned Riri her mixed race status.

The Fenty household experienced more than its fair share of turbulence; while she was growing up, her father was an alcoholic and crack addict. On more than one occasion, he beat Monica and once laid hands on Rihanna too. When she was 14 years old, the marriage ended. 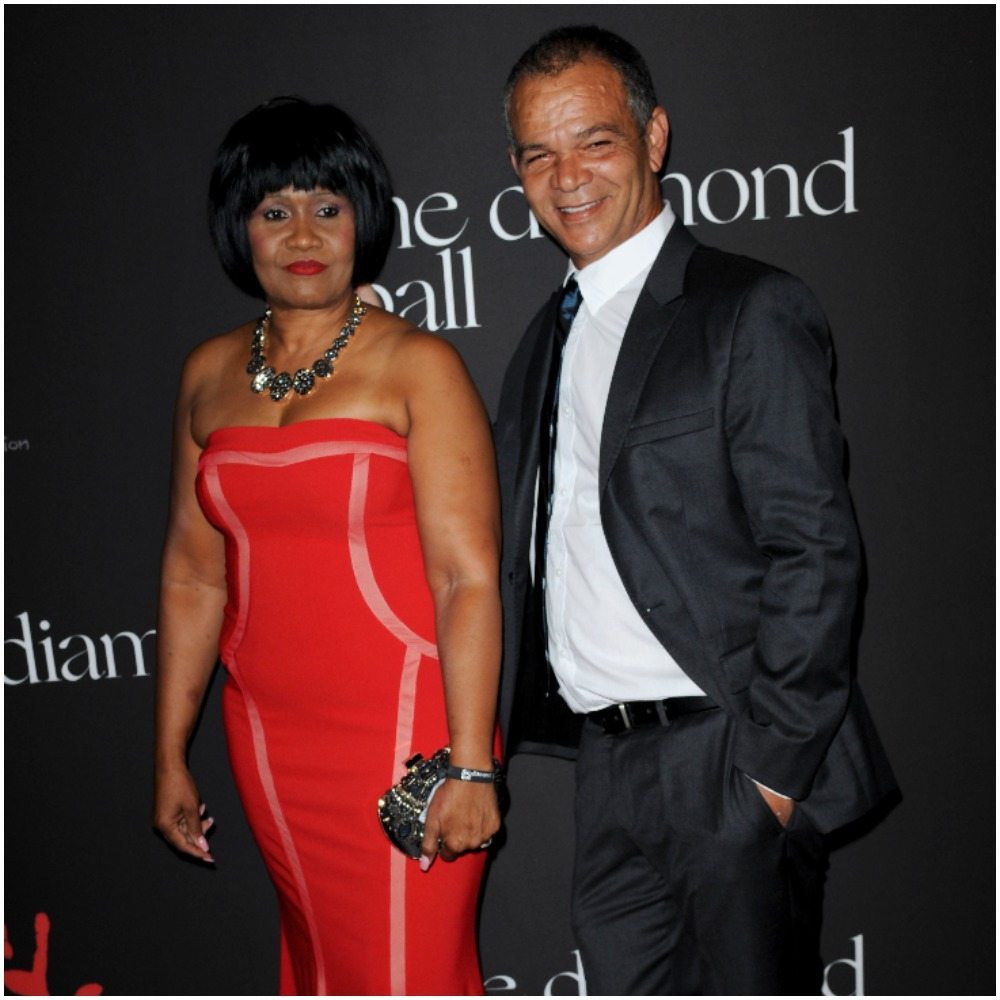 In recent times, she maintains a good relationship with both of her parents, although she hit a rough patch with her father and refused to speak to him after he sold information to the press about her fall out with Chris Brown.

Her mother on the other hand remains a sweetheart, once on Oprah, Rihanna said that she often sends her mother, Monica, gifts but they get sent back to her if Monica thinks they are too expensive. One of such gifts was a five-bedroom house in Barbados.

Apart from her brothers, Rorrey and Rajad, who share the same mother and father as the star, she has half-siblings. Before Rihanna’s parents met, her father had three relationships. The siblings have all met and interacted on different occasions.

The star has two sisters and she first met her oldest sister Kandy, when she was just 15. Kandy is a pharmacist’s assistant in Barbados and she has two daughters, Brandy and Crystal. 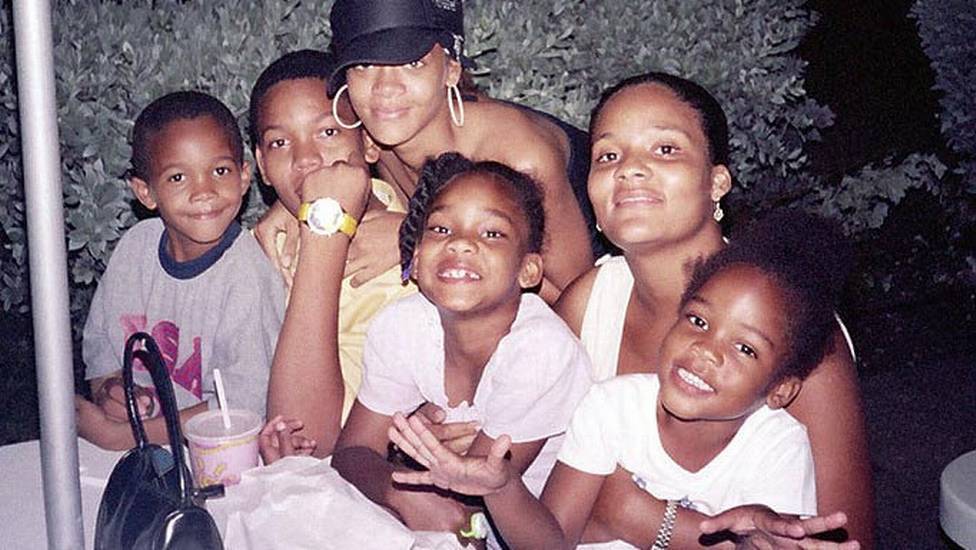 Rihanna’s other sister’s name is Samantha and she is a policy consultant for Caribbean regional governments. She met Rihanna when the star was just three and the two got along very well.

Rihanna has three brothers altogether and one of them is her step brother. His name is Jamie and he is a graphic artist. 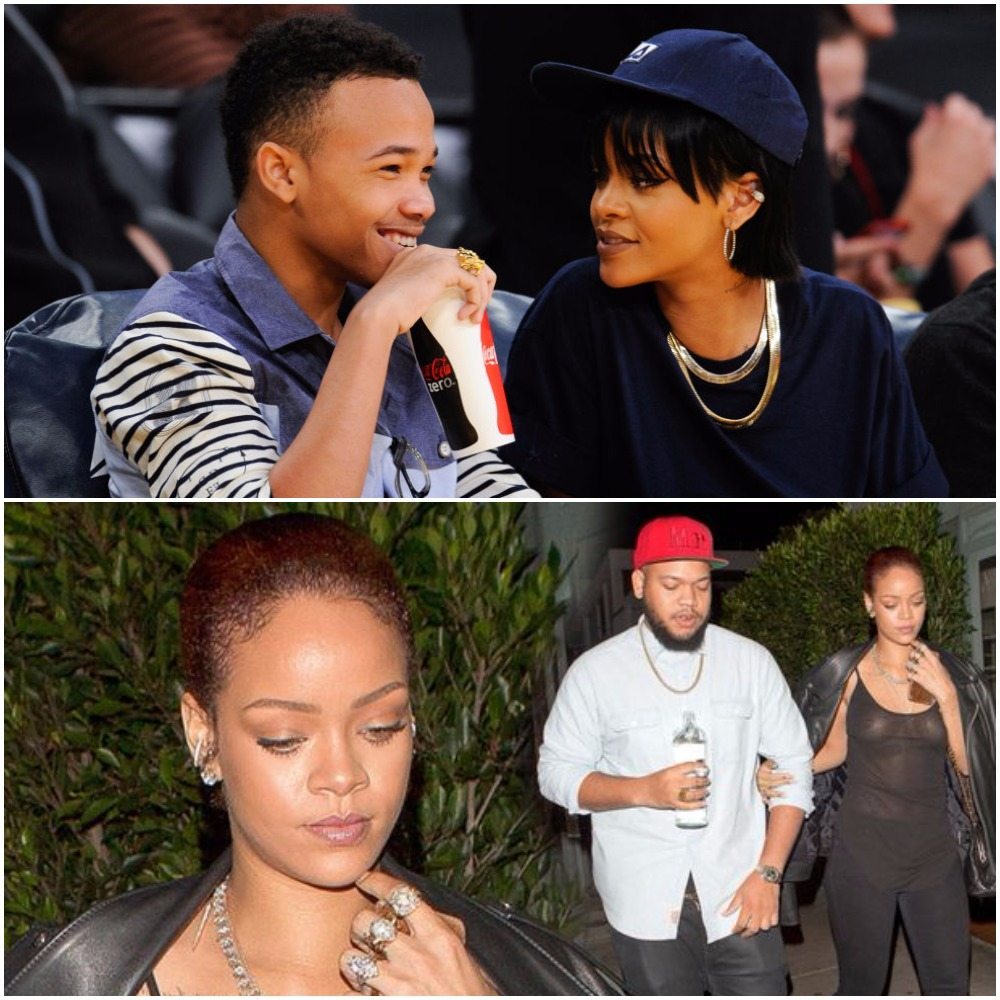 Her younger brothers are Rorrey and Rajad Fenty; she is unmistakably closer to the both of them than the rest of her siblings.