Mouli Ganguly Wiki Biography DOB Age Height Husband and Personal Profile Info| Suryaputra Karna Actress-Mouli Ganguly is a famous television actress who has taken a place in the heart of audience with her brilliant acting skills. She has also acted in some Bollywood movies, but she is better known for her brilliant performance on the small screen. She came into limelight with the role of Shaina in ‘Kaahin Kissii Roz’ which was aired on Star Plus. It is an Indian television thriller series, which is produced by Ekta Kapoor , one of the famous producers in TV industry. She had gained popularity with the role of Anushka  Sarkaar in ‘Kya Huaa Tera Vaada’ which was aired on Sony Entertainment Television India. 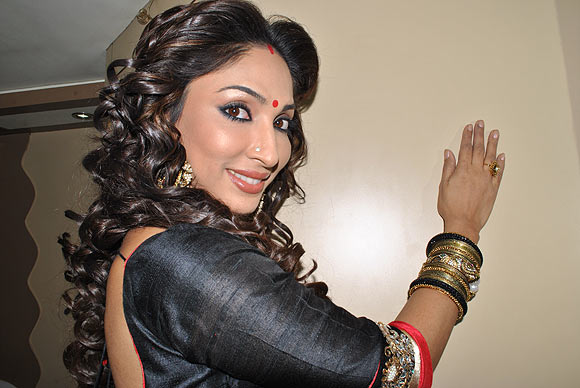 Mouli Ganguly Full Wiki and Biography Info-Mouli Ganguly was born on December 15 1982 in Kolkata. She has done her graduation in science from the University of Calcutta. Before coming into acting, she has started her career as an assistant director and after that she made her television debut with the show ‘Baksha Rahasya’ as Receptionist. She has worked in many advertisements such as Pears, Double Diamond, and Britannia etc.

In Suryaputra Karn-She will be playing the negative role of Radha, Karna’s foster mother in the mythological show ‘Suryaputra Karn’, produced by Swastik Pictures.

Husband-This gorgeous actress got married to his longtime boyfriend Mazhar Sayyad his co-star from the popular serial ‘Kaahin Kissi Roz’ which was aired on STAR Plus.