Being part of the Kardashian-Jenner clan is synonymous with slaying on the battlefield of fashion. Every member of the family has a defined sense of style and because of this they have often made news (fashion news of course). Looking at Kylie Jenner’s outfits will not be a bore in any way, like the family members before her, the starlet has risen to the occasion more than once.

Throughout her teenage years, she has unmistakably become one of the sharpest dressed stars in Hollywood. She has been widely known for experimenting with her aesthetic looks, but her style is just as dynamic.

Whether she is spotted on the streets or on the red carpet, rocking a pair of jeans with a tee or a glamorous dress, the youngest Jenner never disappoints. Kylie named her sister and brother-in-law, Kim and Kanye, as her fashion inspiration.

The Hollywood A-lister definitely makes looking fabulous seem more than effortless. Let us take a look at some of her most coveted looks.

What would you typically wear to a family dinner a week before your 19th birthday? This is what Kylie wore on her special outing, she sported a sheer Balmain cat suit for a dinner with her family at Nice Guy in Hollywood in July 2016. We make no errors when we say, the starlet looked amazing and caught a whole lot of attention.

Kylie makes even the most casual outfits pop, with her air of sensuality and her general good looks. Here she is sporting a suede jumpsuit with trainers as she was spotted with her boyfriend Tyga. If we have not mentioned it before, Kylie Jenner favors suede outfits. Kylie brought some of the love home as she sported an outfit from her brother-in-laws clothing line as she was heading out for dinner in Beverly Hills. She showed off her legs as she was spotted in a Yeezy nude bodysuit paired with a Balmain skirt. 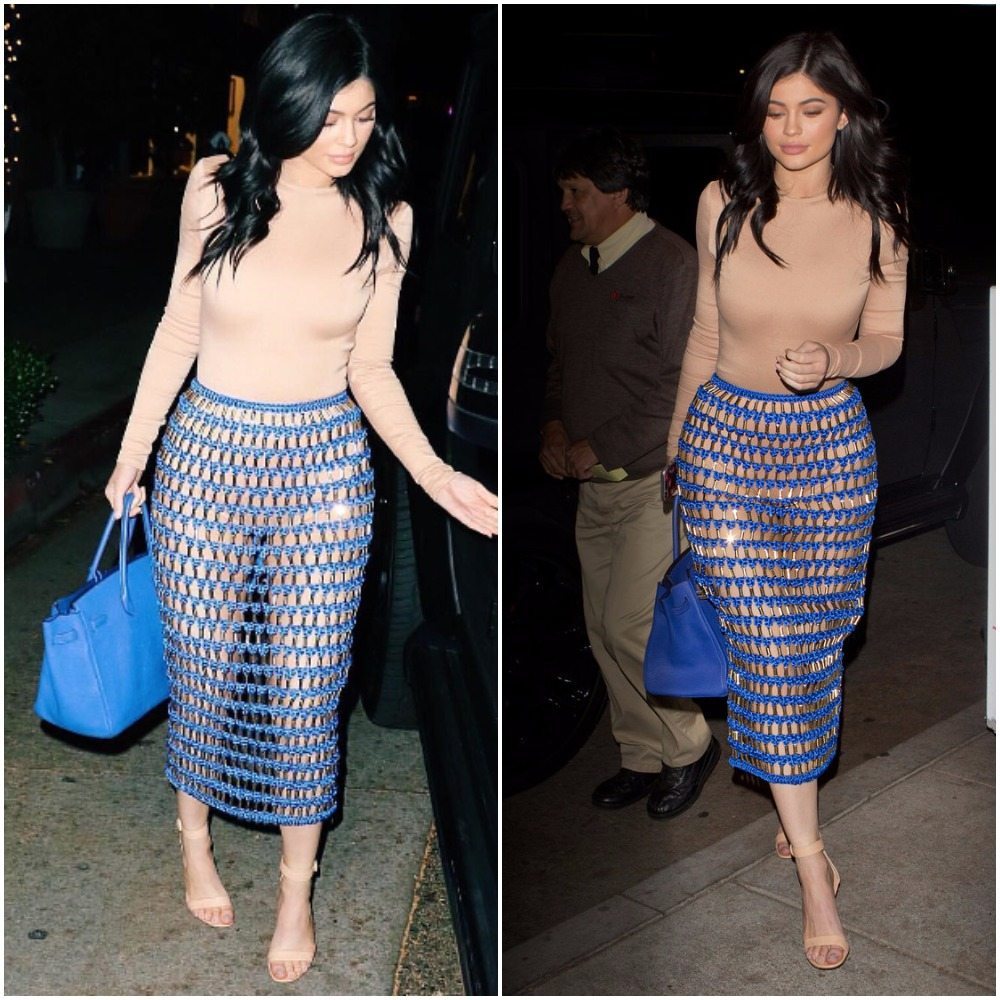 If you thought that suede was dying or outdated, this particular one of Kylie Jenner’s outfits begs to differ. The reality TV star went all out when she pulled off a triple suede look; consisting of a button-up-dress, a clutch and boots. Yes people, it was all suede. 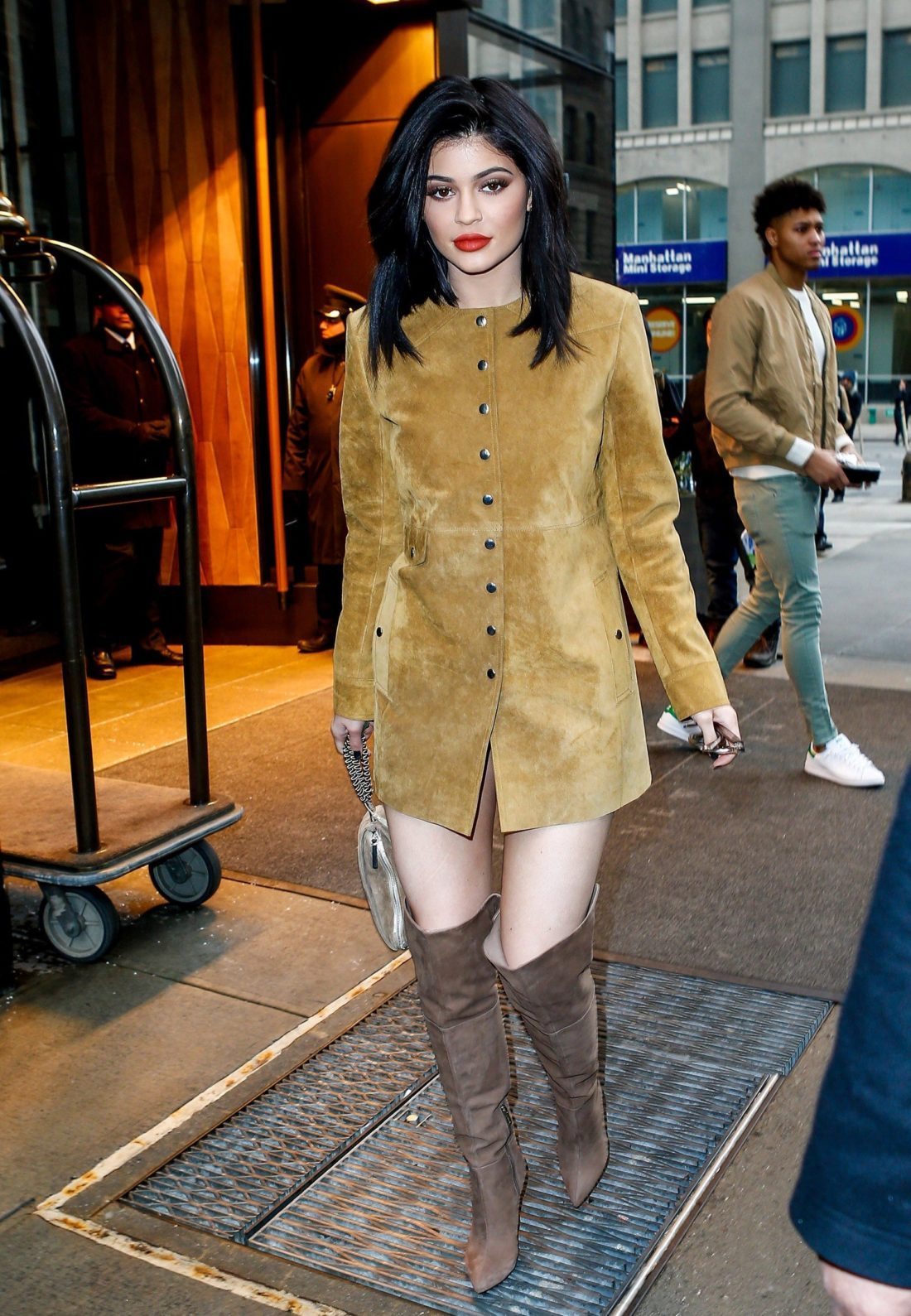 Once in a while the pretty little starlet strips of her sophisticated ensemble and when she does, she gets it spot on right. At the airport, Kylie was sighted in a skull-printed tee, white trousers and an over sized leather jacket. Our verdict, she looked effortlessly flawless. 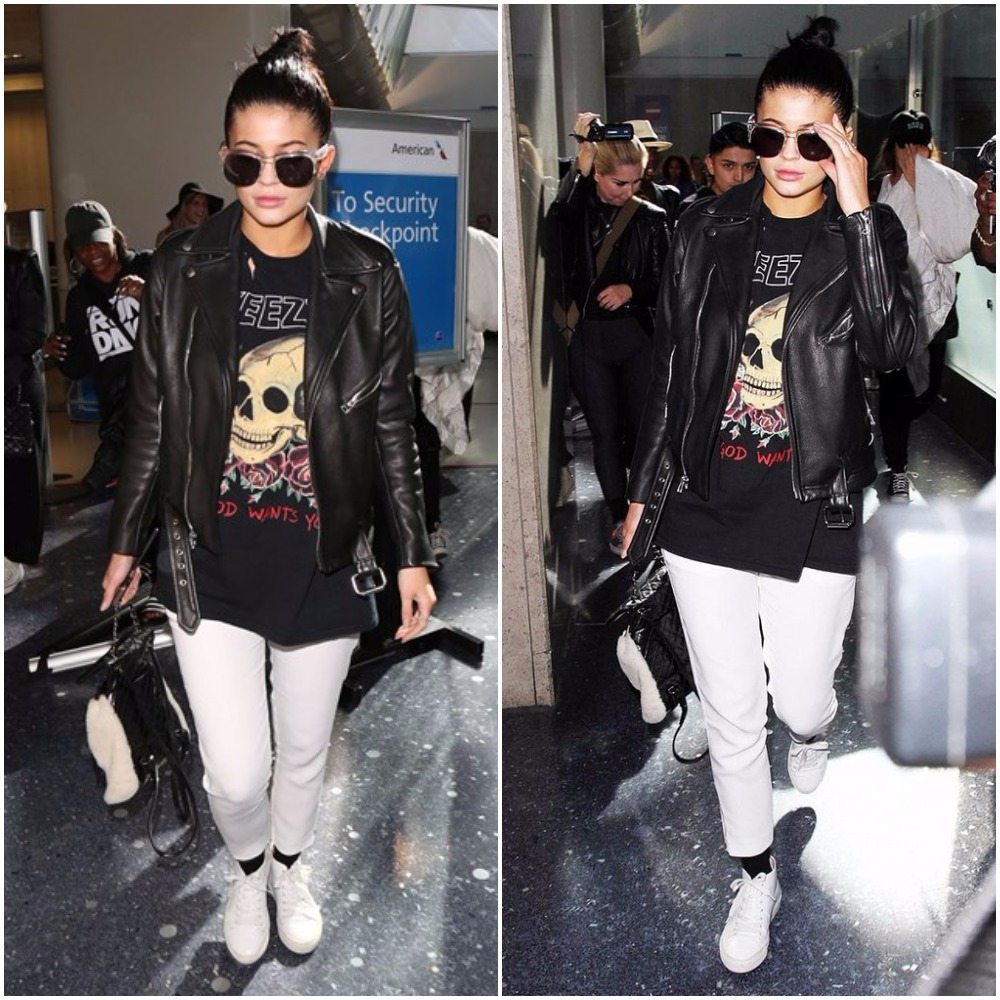 Kylie has a perfect hourglass figure and is far from afraid to flaunt it in the dresses she puts on. If there is any member of the Kardashian-Jenner clan who knows how to wear a dress, it’s our Kylie. Here are some of her best moments while wearing a dress.

We have no doubt in our hearts when we say that Kylie Jenner loves a sexy dress and she knows how to wear one too. The reality TV star wore a form fitted, little black dress as she stepped out in preparation to film a few scenes for Keeping Up with the Kardashians. The mesh dress has long sleeves and that is undoubtedly the only ‘long’ thing about it. 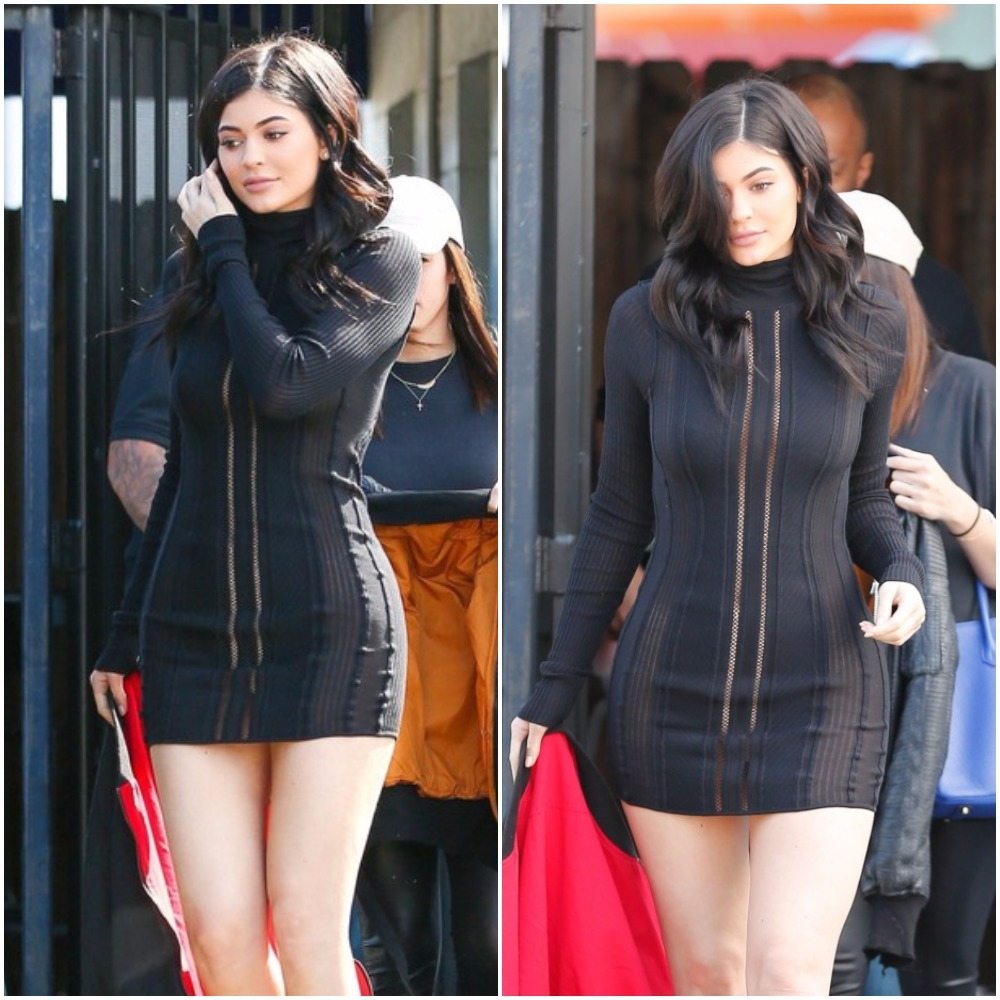 Since we have already established the fact that the starlet looks good in a dress, let us move on to a more glamorous look. Kylie stepped out in a sparkly Labourjoisie dress at 2016 InStyle and Warner Bros. 73rd Annual Golden Globe Award Post-Party in Beverly Hills, California. Needless to say, once more this one of Kylie Jenner’s outfits was stunning. 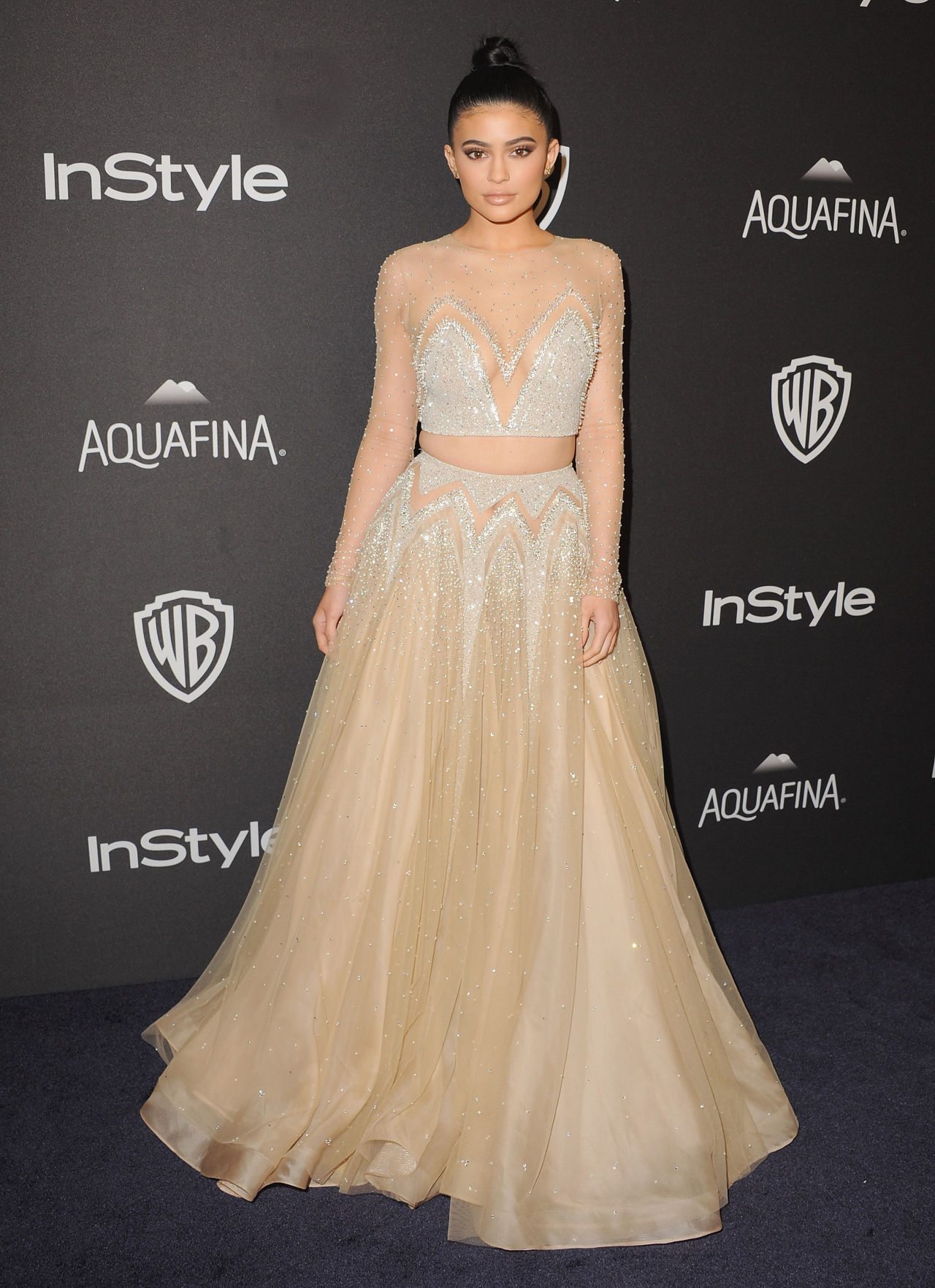 Kylie undoubtedly loves the Balmain brand and never fails to look breathtaking when she decides to wear them. At the GQ 20th Anniversary Men Of The Year Party in Los Angeles, California, she wore a black split Balmain dress with cut-out detailing. It did not only accentuate her figure, but also it reminded us why we love Kylie Jenner’s outfits. 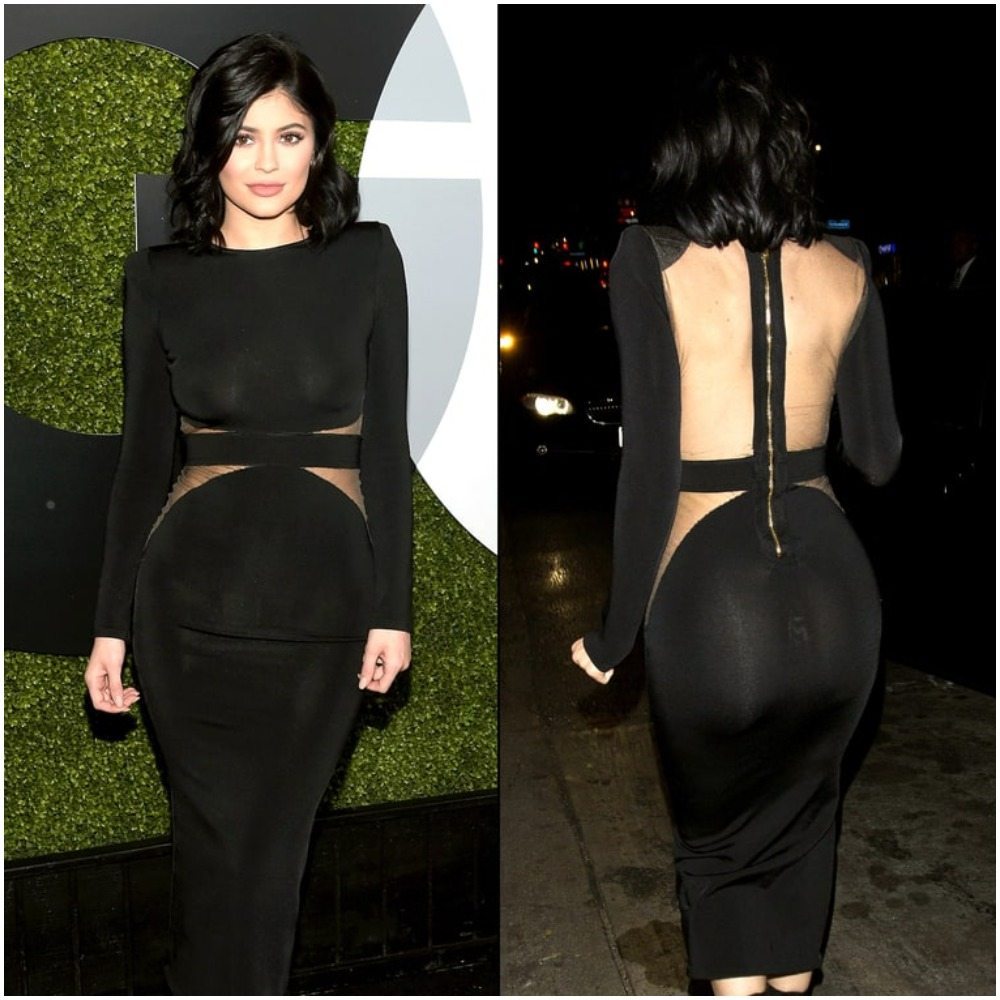 Did we mention that Kylie loves suede and occasionally shows us how she can pull anything off? She once again sported a form-fitting, suede finished dress along with a braided hairstyle. It’s all part of her street style and once again she made it look effortless. 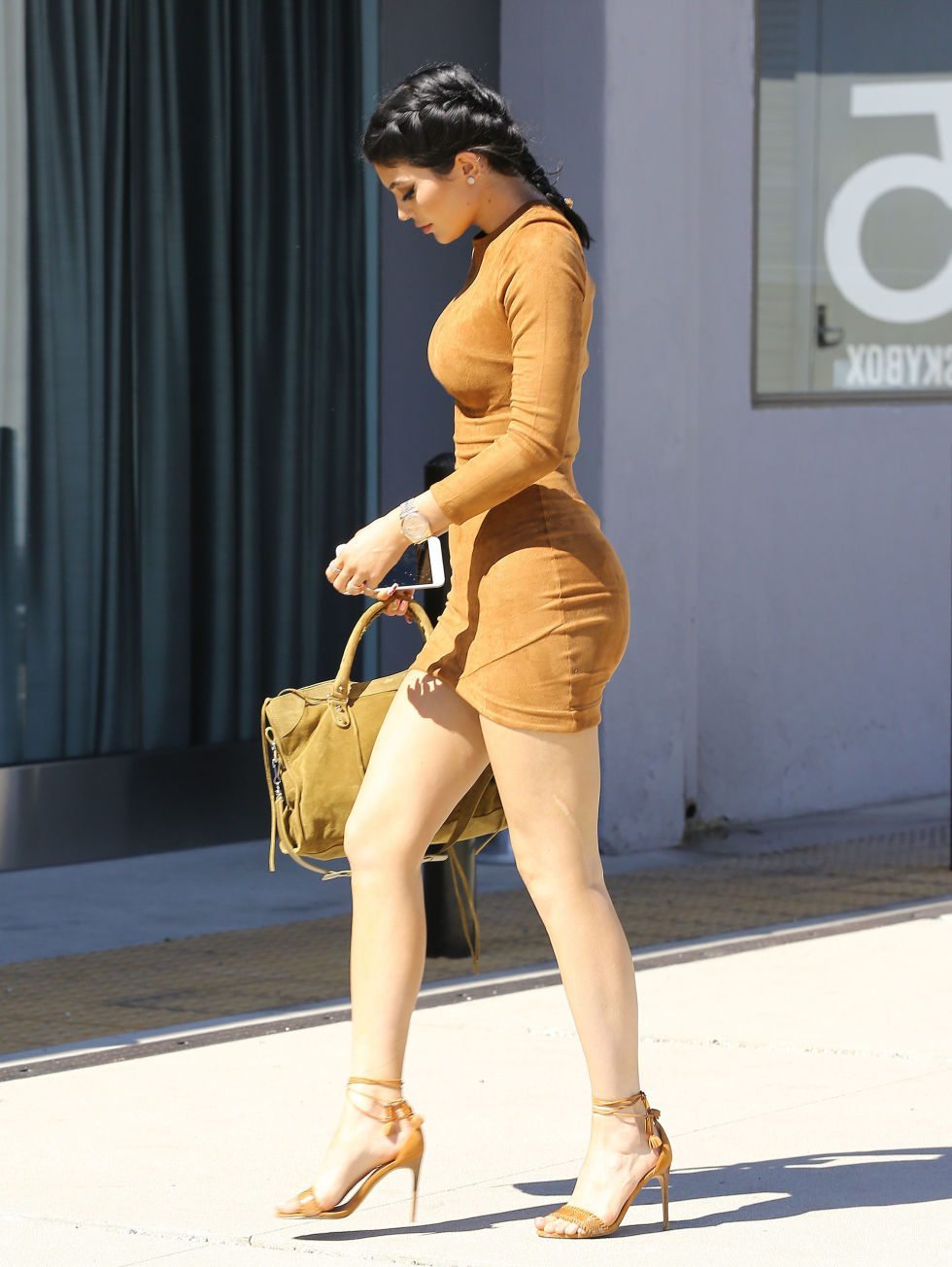 Without doubt if there’s a fashion icon to follow,from her glamorous to casual looks, it’s Kylie Jenner.