Jennifer Anne Garner is one of the finest American actresses and film producers. The 43-year-old celebrity came to the fore when she played a key role as Sydney Bristow in the spy-action thriller Alias which showed on ABC between 2001 and 2006. For playing her role really well, the actress won a Screen Actors Guild and a Golden Globe Award. She has since appeared in numerous other films that also became popular. She is also a vocal activist voicing for early child education, political activities (she is a staunch democrat) as well as anti-paparazzi campaign.

Besides her talent and activism, Garner is one of the hottest Hollywood celebrities. Even at 43 with three kids, Garner still rocks the body of a woman in her 20’s. Beauty not only involves the face and body shape but also some other parts of the body including the feet. In this post we will take a look at Garner’s feet, her shoe size and shoe collection

How does Jennifer’s feet Rank?

They usually say beauty is in the eye of the beholder alluding to the fact that what you find beautiful may not at all be so for another person. While there is some truth to this, there are some cases where beauty is actually universal as everyone can agree and come to the same judgment. Considering Jennifer’s feet, most would argue the actress has beautiful feet while others may have some reservation. Why this and what could be wrong with her feet?

The actress suffers from brachymetatarsia, a condition in which one bone in the foot is shorter than the rest, causing one of the toes- in her case, the little toe to become abnormally short and overlap on the next toe. The star usually wears ballerinas, pumps or sandals to cover this defect but in some occasions, Jennifer garners enough confidence to show them in the public. Despite the abnormality, general reviews from Wikifeet gave the celebrity a 4.5 out of a 5 star rating which means many consider her foot to be beautiful. 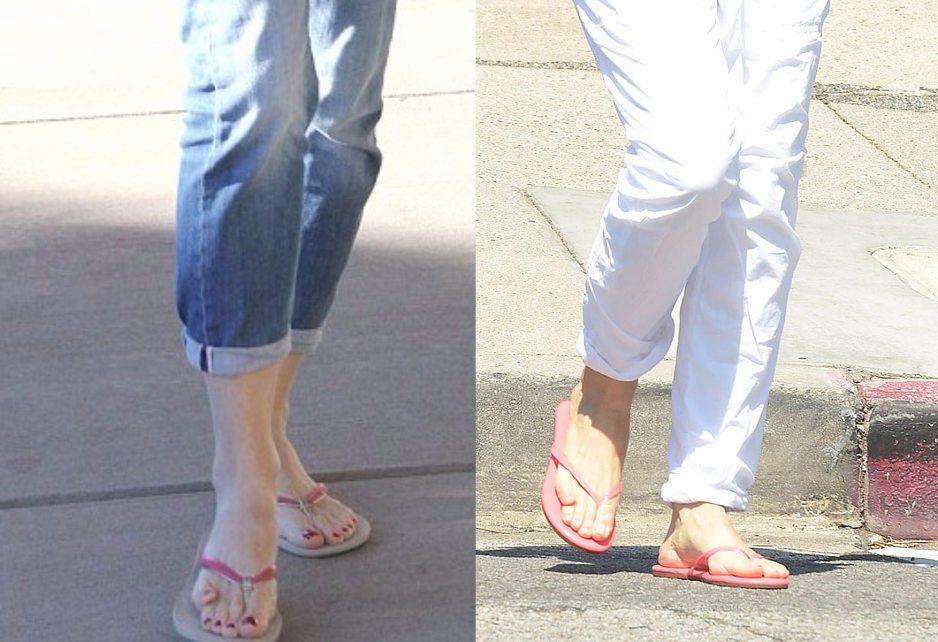 The beautiful actress wears shoe size 9 (US) which is very big considering that most women with big foot in the US wear the size 7, the size 9 is usually worn my the male.

Thanks to paparazzi and red carpet events, we get to see the shoes owned by our favorite celebrity even if we don’t get the chance to see their closet. In several cases, the actress and film producer has been seen with platform sandals, strappy sandals, gladiator sandals, evening sandals, peep toe pumps, ballet sandals, flat boots, ankle boots and pumps. Some of her favorite shoe designers include Jimmy Choo, Guiseppe Zanotti and Christian Louboutin. 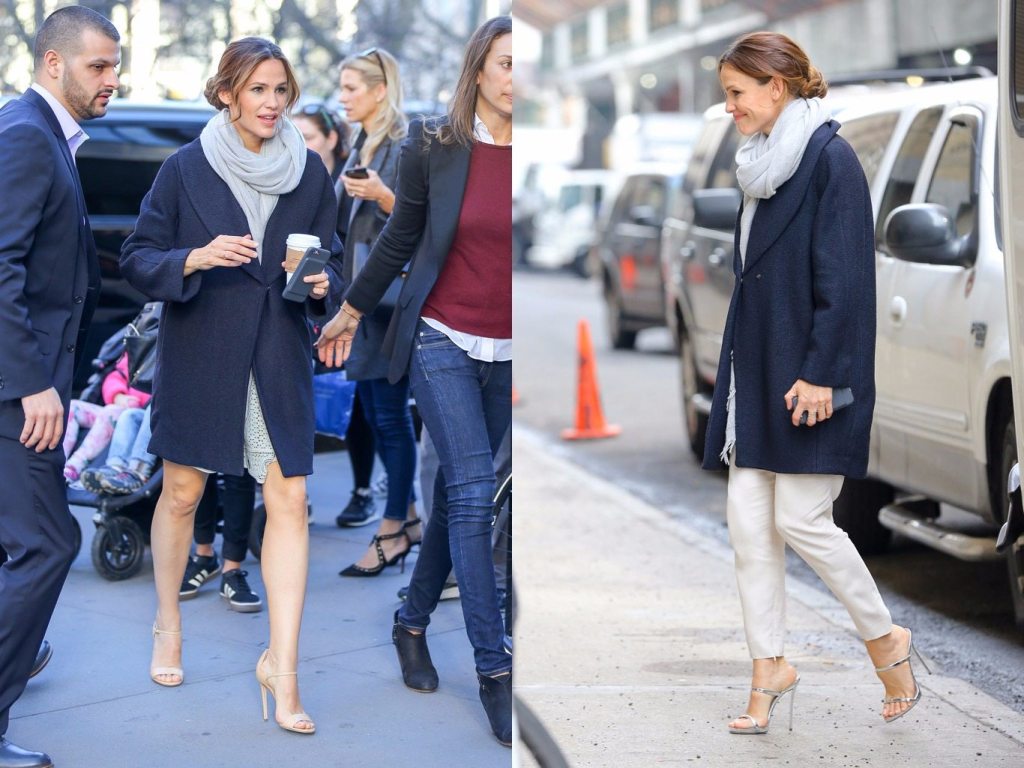 The mother of three has also been seen with canvas sneakers, leather slip on shoes, and running shoes. Certainly, these are not the only shoes the Alias star currently has in her closet. She must be having a lot more we will only add to our list when we next see her wearing them. 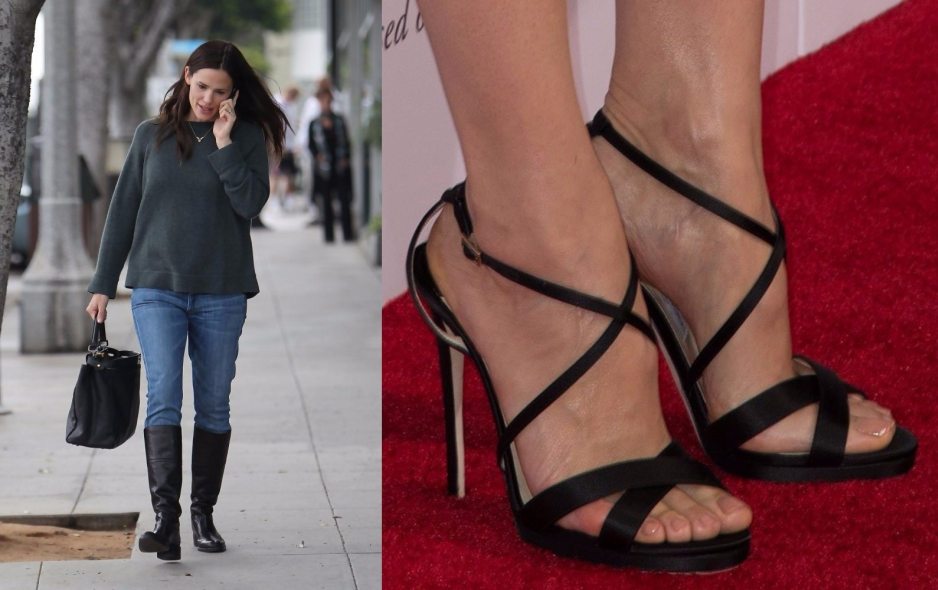