How Much Does The Most Expensive Fur Coat Cost

Known as one of the oldest clothing materials in the world, fur clothes are primarily made from the hides or skin of furry animals. They are usually made into coats that are worn by people living in extremely cold countries to keep their bodies warm.

However, there are some cases when such clothing is used as a status symbol, being worn to display their status in the society. Although they have been used by several hominid species a long time ago, fur coats have become costly as of the present time. On this note, what is the most expensive fur coat today?

Most Popular Types of Fur

Fur coats are made from different furry animal hides. But here are the most costly types of fur in the world.

Chinchilla – Currently, the most expensive fur coats are made from the hides of chinchillas, with prices ranging from 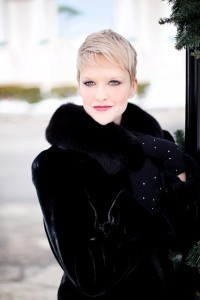 $30,000 to $100,000. As a short reference, chinchillas are rodents that have been widely recognized for their sophisticated slate blue-gray fur color. They are very lightweight, but they have the highest hair density, approximately having 20,000 hairs for every square centimeter. In addition to their prestige and high costs, working with the fur of chinchillas is difficult and needs to be meticulously handled with so much precision.

Sable – Following after chinchillas are the sables, which belong to the marten species. They usually live in the forests of Russia, Siberia, China, Northern Mongolia, Eastern Kazakhstan, North and South Korea, as well as, in Hokkaido, Japan. A coat made from the fur of sables is one of the most expensive fur coats, being known for its silky pelt that is very smooth regardless of how you stroke it.

A simple sable fur jacket has an initial price of $16,000. However, a sable fur can somehow compete with the costs of a chinchilla fur because a premium quality of a silvery sable fur long coat may have a price of up to $150,000.

Stoat – Stoats are also called as short-tailed weasels. They inhabit the environments in North America and Eurasia. Oftentimes, the term ermine is used to describe pure white stoat. During the 15th century, Catholic monarchs wore sophisticated ermine furs, which were also made into luxurious capes.

At the present time, coats made from the hides of stoat can cost around $15,000 to $40,000, making it to the most expensive fur coat list. But a well-known designer was able to make an ermine fur coat that was worth $60,000.

Mink – Apparently, the mink hide is the world’s highest-selling fur because of several factors, including its soft texture, durability, unique sheen, and light weight. And according to numerous sources, a woman usually purchases her first fur coat that is made from the fur of minks.

When it comes to the prices of garments, fur coats made of the female mink hides are preferable because they are lighter, smaller, and softer than coats made of male mink hides. They typically come in dark chocolate brown color. Moreover,  the prices range from $1,000 to $50,000. However, you may expect to pay higher costs if you wish to have an excellent quality coat, making it as one of the expensive fur coats.

Other Types of Fur

Aside from the aforementioned animals, here are furry animals that provide us with warm fur.

Beaver – The hide of a beaver is made into collars, felt for hats, muffs, stoles, and trimmings.

Golden Jackal – The hides of this furry animal is manufactured into low-quality collars, fur coats, and women’s coats.

Otter – The otter’s skin is primarily used for trimming clothes and other garments.

Rabbit – Although they are not of high-quality, rabbit hides are made into coats and pelts.

Raccoon – This furry animal has a beautiful gray color. Its furs are made into hats and coats.

Red Fox – Its fur skin can be made into several garments such as capes, coats, jackets, muffs, and scarfs.

Skunk – Skunks are not only known for their foul smell, but their furry skin is made into different kinds of garments.

Undeniably, fur coats are among the most expensive clothes in the world. If you wish to invest in a fur coat, then make sure to try it first before you buy it. For fashion or style purposes, try to see if the fur coat complements the colors of your skin and hair. But if you just want to keep yourself warm during the winter days, then any type of fur coat would do.