Chris Brown is no surprise the king of controversies, most of which end up as court battles. Since his fallout with long-time girlfriend, Rihanna, and the ensuing legal battle, Chris has gone on to become a friend of the courts. Every now and then, Breezy, as he is fondly referred to by his legion of fans worldwide, is reported strolling on the corridors of justice. Interestingly, he is almost always on the defense of his actions.

A lot of controversies has been revolving around Chris Brown, most of which revolve around his girlfriends, and baby mama. Over the recent times Nia Guzman, who happens to be Chris Brown’s baby mama, has hit the limelight with unending allegations against the father of her child. These claims are mostly centered on Chris Brown’s incompetence as far as his fatherly duties to their daughter Royalty go.

His relationship with ex-girlfriend Karrueche Tran didn’t go without a controversy as well- they broke up publicly in a rather humiliating fashion. As a matter of fact, Tran and Brown were still dating when Guzman was pregnant with his child, thus causing the humiliating break up…BUSTED!!!

Nia Guzman isn’t as nearly as popular as her baby daddy Chris Brown, but the controversies surrounding their daughter have thrust her into the limelight. Though little information is available about her, Here is what we know about Nia Guzman also known as Nia Alley and Nia Gonzalez.

Nia Guzman resides in Corpus Christi, Texas and is of Puerto Rican and Mexican descent. She met singer Chris Brown about 6 years ago through mutual friends and the pair became friends and obviously “friends with benefits”. Interestingly, she also counts Breezy’s ex-girlfriend model Karrueche Tran and Christina Milan as her BFF; pictures of them together on Instagram proves this. So apparently, she slept with her best friend’s boo…ouchhh!!!!

Nia Guzman is a medical student, nursing to be precise and also plans to get license for radiology including CT and MRIs. Guzman is also a model. Signed with modelmayhem, her profile reveals she’s 5’4″ tall and weighs 125 pounds and her bio written in 2009 reads; “My name is Nia Amey. I am a 25-year-old aspiring model. I’m a full time nursing student and a very outgoing person. I love photography and always up for new adventures.”

Guzman is also affiliated with record label Y.E.M.G which is owned by Jas Prince who happens to be Christina Milan’s ex boyfriend. She also works for Ingenious Clothing.

Chris Brown’s love life has been characterized by conflicts and even “love triangles”. His first publicized relationship was with fellow R&B singer Rihanna. The relationship which began in 2008 ended in 2009 following the physical violence between the two. Breezy then dated Natalie Mejia, a member of the Girlicious music group, but their relationship appeared to be just a fling as it ended rather too soon. 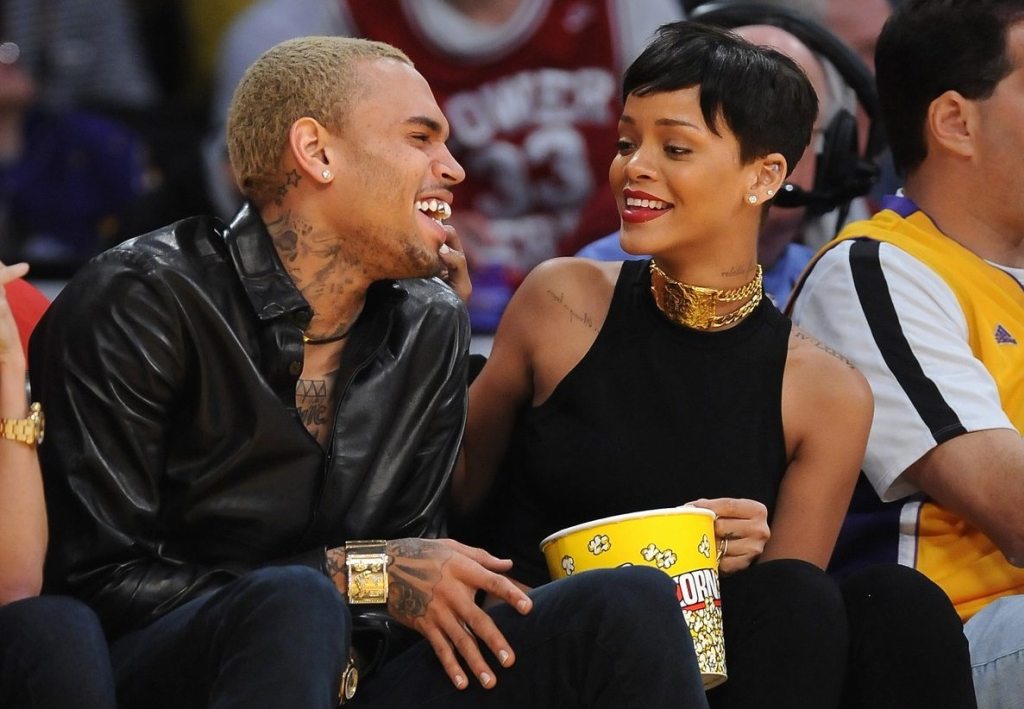 Next up in 2011 was aspiring model Karrueche Tran. In 2012, rumors had it Breezy was trying to rekindle the fire with his ex Rihanna creating some sort of love triangle. He publicly announced his break-up with Tran saying; “I dont want to see her hurt over my friendship with Rihanna”. Breezy and Rihanna got back only to break up again in 2013, bringing Karrueche Tran back into the picture. 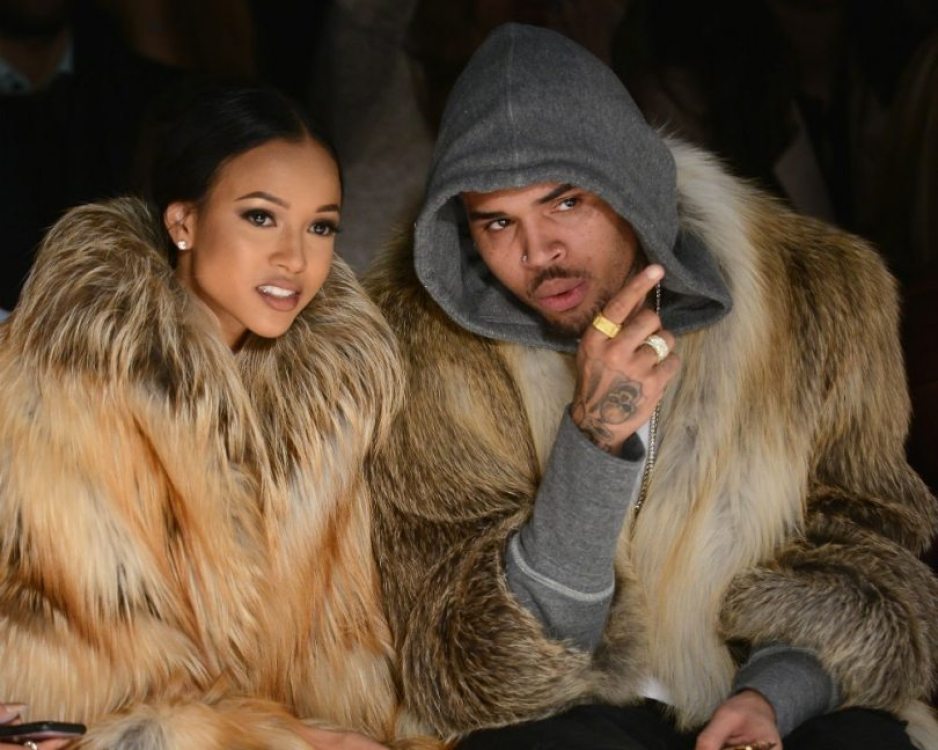 Breezy and Tran had an on-and-off relationship until the model publicly called it quits after coming to the knowledge of Breezy’s kid with her friend Nia Guzman. Tran in March 2015 took to social media and tweeted; “Listen. One can only take so much. The best of luck to Chris and his family. No baby drama for me.” Chris and Tran have since taken turns tongue-lashing each other on social media.

The news of Breezy’s daughter have been followed by controversies and drama as seen on social media. Breezy and Guzman have had a hard time coming to terms with co-parenting their daughter with Guzman filling allegations against Brown about not living up to his responsibility.

However, Brown only came to the knowledge that Royalty was his child when she was already a year old. Guzman’s ex boyfriend Brazil Riesling aka King Ba claimed that Guzman had told him he was the father to Royalty until the truth was revealed. King Ba took to Instagram to flaunt pictures of him and royalty and calling Breezy “just a sperm donor”. King Ba was later arrested for forging U.S. Treasury checks totaling over $5,000. 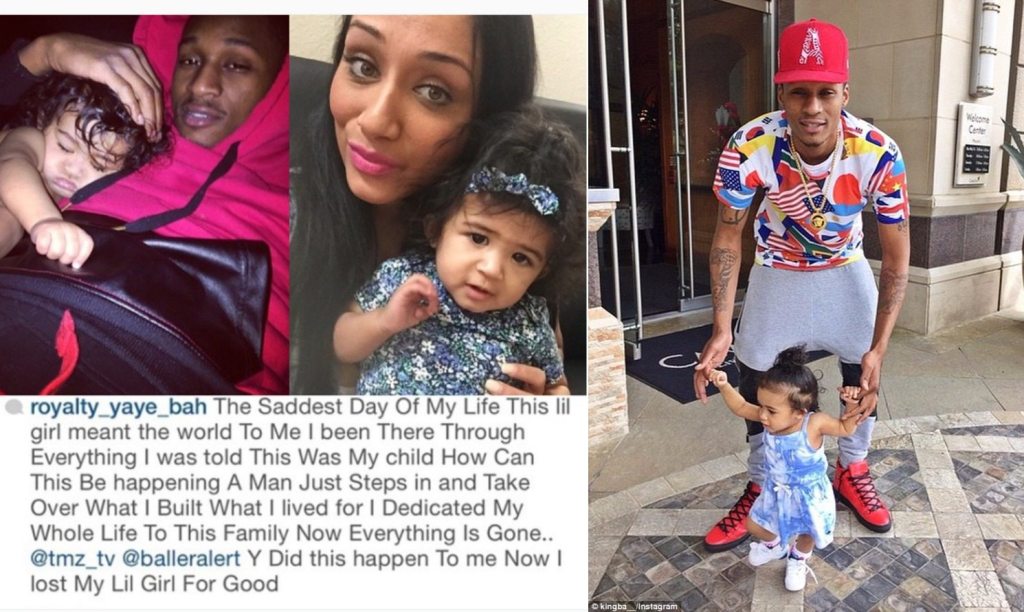 At the court hearing, Guzman claimed that Breezy is unfit for fatherhood and can’t do it alone without supervision as a result of his drug use and gang affiliation. She also claimed that their daughter Royalty had developed asthma as a result of Brown’s smoking habit. Guzman also demanded a raise in child support to $16,000 per month from the $2,500 she receives. However, the court ruled in favor of Breezy allowing him 12 days per month unsupervised custody with Royalty and no increase in child support fees. 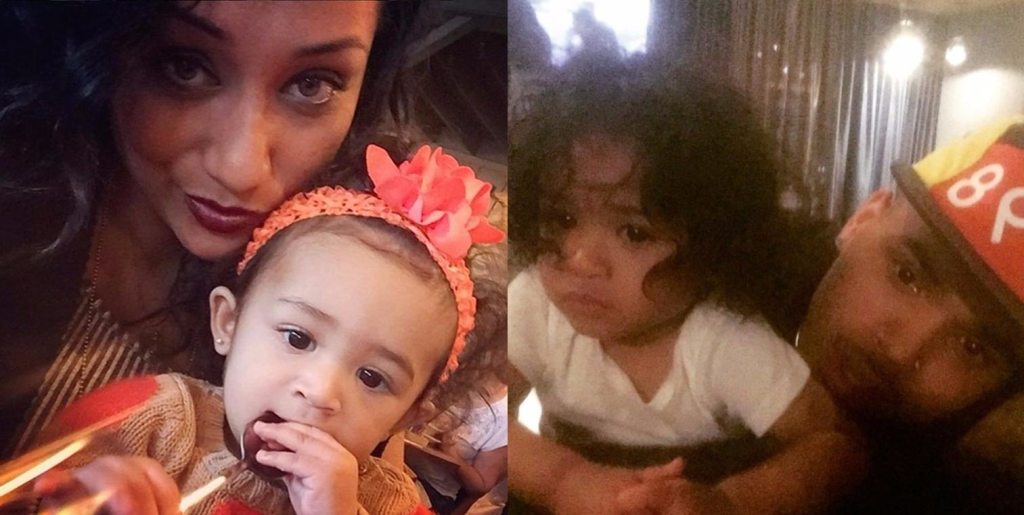 After the court ruling, Guzman spilled all about her history and relationship with Breezy in an exclusive interview with Latin magazine. And their social media brawl seems unending.