Beyoncé is undoubtedly one of the most beautiful women in the world, not to mention incredibly talented. She got her first break as part of the R&B group Destiny’s child. Beyoncé left the group and became one of the top-selling artists with very successful albums. She has proved that she has the moves to rock the world with her beautiful voice that makes everyone to sing along to her songs or dance to the music.

Many people agree to disagree with the media rumor that Beyoncé actually had a nose job done in the recent years. Some people claim that after comparing the superstar nose pictures, the face of Beyoncé might have some work done. That is not all; there have been other rumors of plastic surgery that include breast implants, liposuction, and now rhinoplasty.

Social media claims that today’s Beyoncé pictures look very different from the old Beyoncé we knew. Back in 2012 the shape of her nose seemed wider and had a rounded tip. Some say that it seems that Beyoncé went to an expert plastic surgeon that did a nice job in contouring her nose to bring out a thinner bridge and a pointier tip. The best thing about Beyonce’s nose job is that it was nicely done to fit on her naturally.

This debate has gone for long and even some experts have been interviewed to shed more light on this matter. One of these experts was Dr. Jason Hamilton, who is a specialist in facial plastic and reconstructive surgery. The specialist stated that it is very hard to come up with a conclusion that Beyoncé had rhinoplasty by just comparing her photos. The doctors say that some artists are masters of camera angles, make-up and lighting and can use their skills to make sure that they have the best performance when they are on stage. He claims that when artists change the environment of their performance, there is also change in their images because of different lighting and camera angles. While Beyoncé may have done nothing to her face, the photos can look really different. 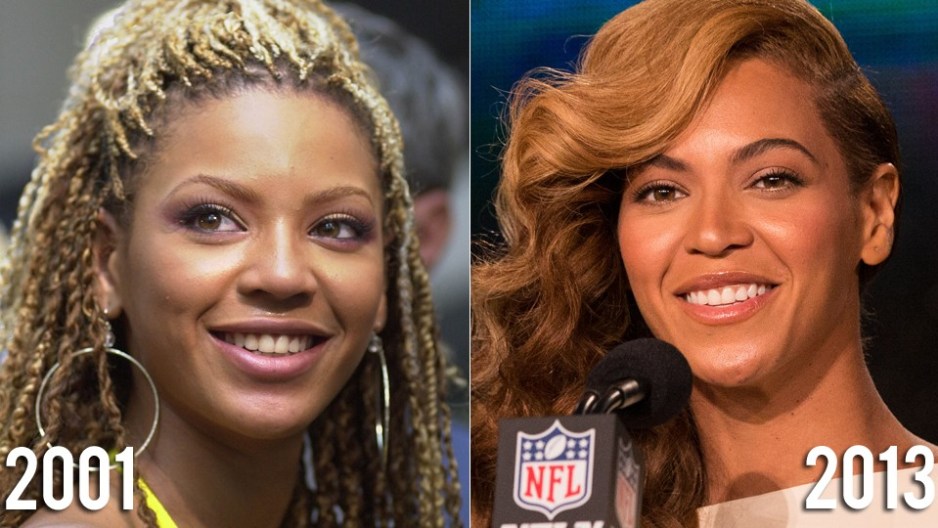 The speculations of Beyoncé having a rhinoplasty is based on comparison of her earlier pictures and those that were taken from her super bowl performance. This expert claims that people were comparing photos, which were taken when she had worn different makeup, taken at different angles and when performing a different activity. Here are some of the things that the expert suggested could have affected the look of Beyoncé nose

Lighting – the coloring , intensity and angle of the lighting of the stage may have brought a different image of Beyoncé’s face as compared to the uniform studio lighting that brings another different image.

Angle – when mirror head is tilt it may affect the look of the nose due to reflections. If an image is not shot at the same angle, it is not simple to make any judgment especially on the appearance of the nose.

Make up and activity – We all agree that there are some make ups that can make someone’s nose or lips to look thinner than they do. The shadowing done on both sides of the nose can make a nose look narrower than it is. In addition, scientists have proven that the nose changes bring out the facial expression that we want. The Doctor Hamilton’s theory was because Beyoncé was dancing on stage her breathing could cause her nostrils to collapse and if a photograph was snapped at this moment her nose would appear narrower.

However, this is just one-person’s point of view. Earlier we heard some other rumors about Beyoncé’s lips, which seemed a little bit thinner than before and many of her fans believed that she had a lip reduction. Another rumor that circulated was about Beyoncé’s breast augmentation. Although the only evidence that exist is only by observing her before and after pictures, her breasts seemed to be more curvy and bigger than before. Analysts state that Beyoncé’s breast augmentation looks natural and not overdone. Some experts also claim that this is just a mere speculation and Beyoncé never had breast augmentation. They claim that many celebrities achieve rounder breast by wearing smart push up bras and the size of the breasts can increase due to weight gain.

We must agree that we have always known a beautiful Beyonce and whether she had these plastic surgeries or they are just mere speculations, she remains beautiful.