Beyoncé Giselle Knowles-Carter (commonly known simply as Beyoncé) is a famous American singer, songwriter, model and actress. At 34 years, she is one of the most successful artistes in the world with net worth estimated at $250 million as of 2015. This puts her at the spotlight of topping the list of the world’s wealthiest women on earth. You would expect that she is a big spender and you are right. This can be evidenced by the kind of house she is living in as well as the kind of engagement and wedding ring she wears, not to mention the expensive apparel she adorns her body with. She recently dropped $312 grand for a bespoke diamond heel sandal. BEAT THAT!

Luckily, Beyoncé’s life is so public. There is very little she can do that the media will not get hold of. Do not forget that her husband, Jay Z is another wealth magnet with net worth in 2015 estimated at $550 million, making him the 3rd richest hip hop artist. This means they can afford the best of the very best. Lets delve a bit into the diva’s luxurious life. 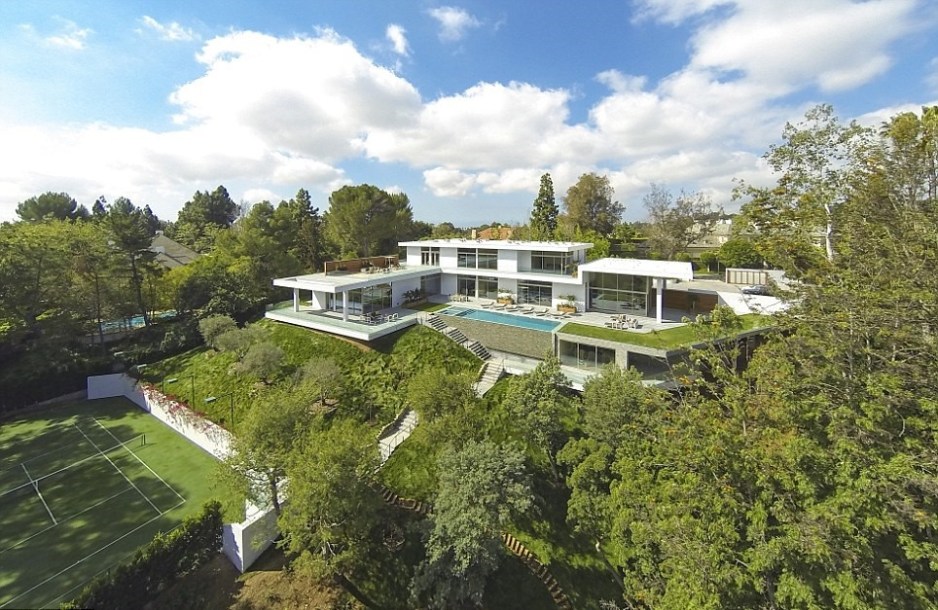 If you were to see the family house of Beyoncé then you will think that they live somewhere beyond the stars. The couple has managed to find serene, gigantic, sophisticated and highly hospitable home in Los Angeles, Holmby Hills. However, they did not build this home. They have actually decided to spend the next year renting the 23,000 square foot mansion. I know you are itching to find out just how much monthly rent they will pay. Let me reveal it to you- they will part with a whopping $150,000 a month. 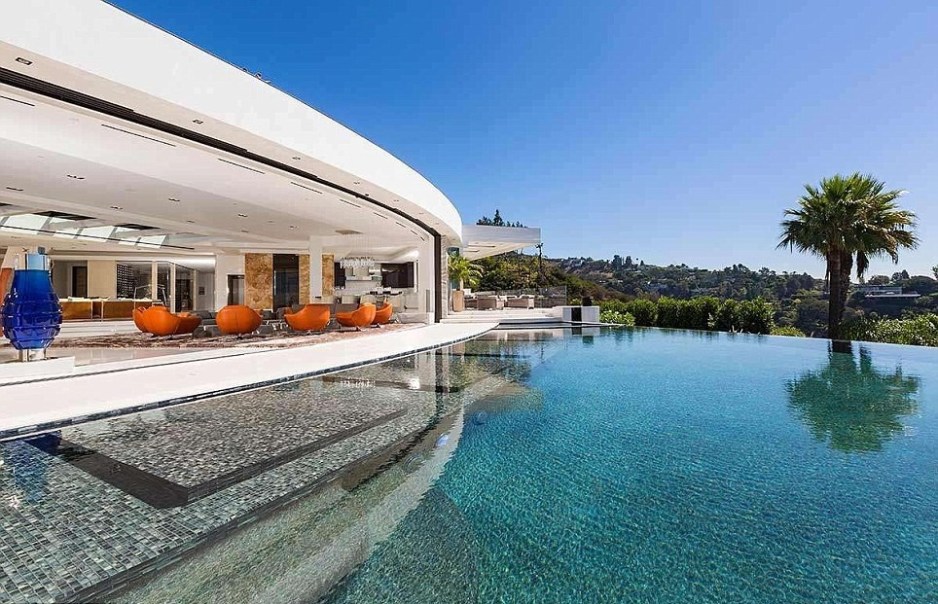 The home has eight bedrooms, fifteen bathrooms, an attached garage that can take up to 16 cars, movie theater, a large wine cellar, as well as seemingly limitless swimming pool. 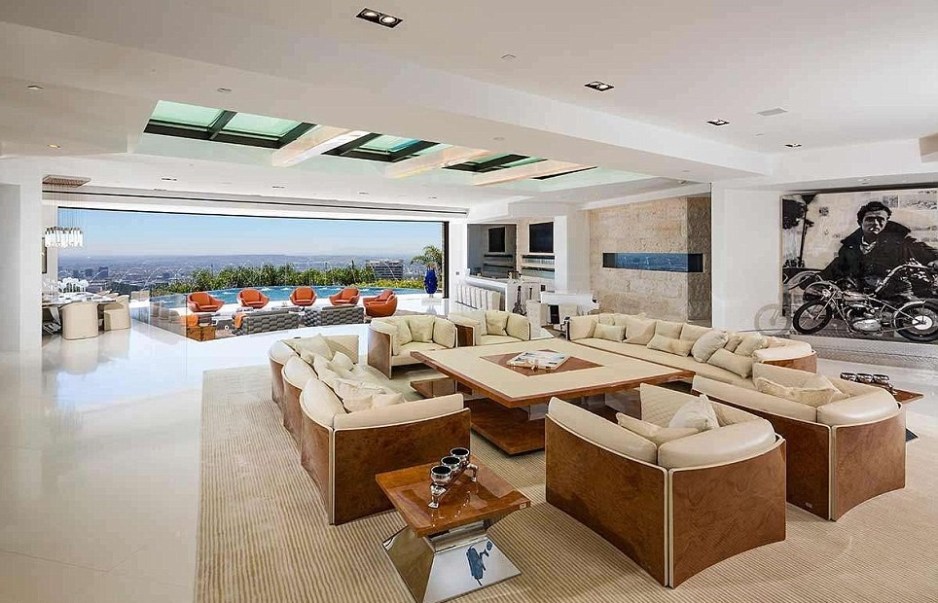 The natural light makes the room illuminate with life and ambiance. It is perfectly ventilated and gives a perfect view of the surrounding landscape and topography. There are various seating options in the living room allowing the family to feel like they are in different living rooms within the same house. 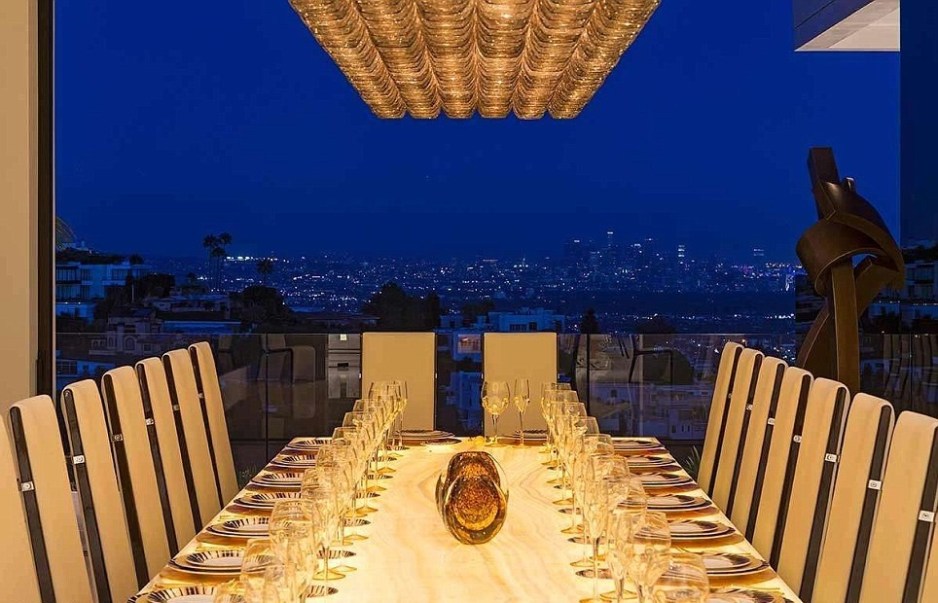 The dining area is extraordinarily serene, wide-open with a view dining area. The place is like paradise and dining there should be unforgettable experience if anyone gets a chance to take a bite in there. 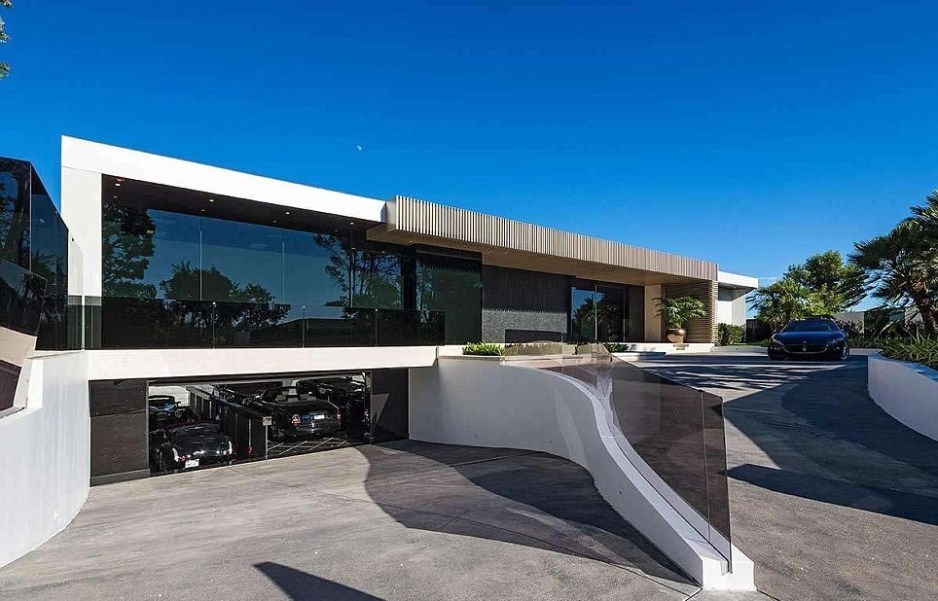 The mansion also has a luxurious open garage with an assortment of very prestigious and luxurious cars and automobiles. 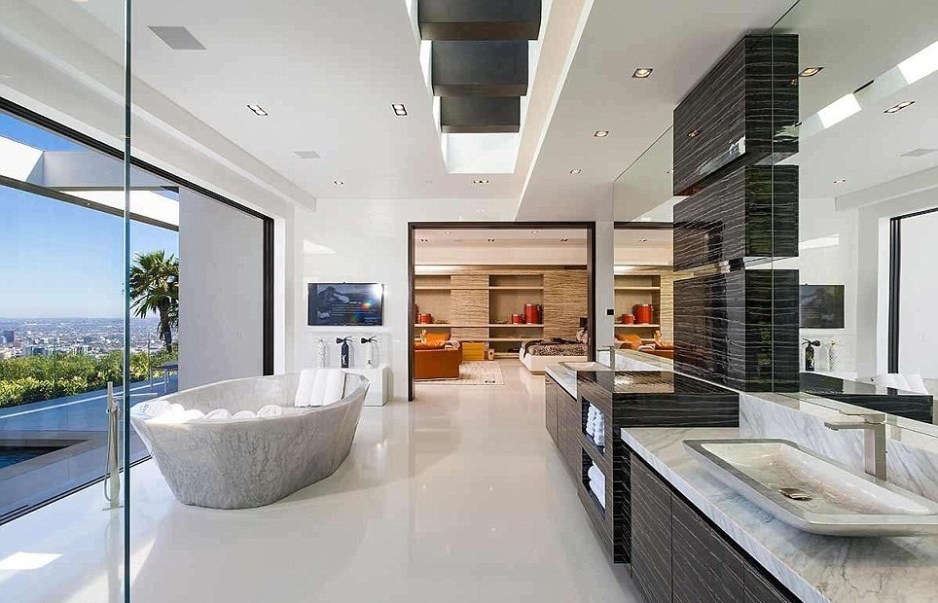 The bathrooms are great. The master bathtub fit for pop royalty and reveals the perfect, lush landscape of LA. It features full, authentic marble with sterling faucets and beautiful dark marble interiors. Taking a bath in that bathtub should be a life-changing experience.

Discussing the entire feature of Beyoncé’s house is beyond the scope of this post. Perhaps you can research more or book a date with them (as if that was possible) and see and appreciate it for yourself. All I can promise is that you will be too shocked to say anything.

The entire Hollywood was taken by surprise by Beyoncé’s engagement ring. It was a complete surprise as many people could not imagine Jay Z and the songbird actually becoming couples. Beyoncé publicly revealed her engagement ring in 2008 on the red carpet for Fashion Rocks at Radio City Music Hall in N.Y.C. It was an 18 carat flawless diamond designed by Lorraine Schwartz, valued at more than $5 million dollars, according to the jeweler.  Just like with other celebrity engagement rings, it features a large center diamond worth fortunes. It is among the most expensive rings ever made and the most famous. Look closely at any wealthy couple and you will realize their engagement rings are of this type. 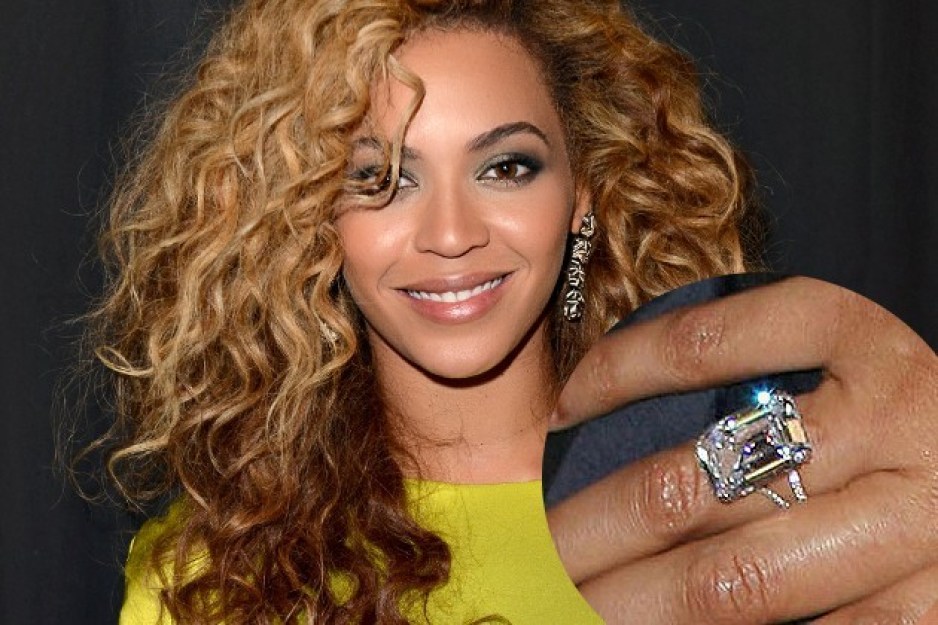 The couple married in a secret wedding but that did not mean the ceremony was ordinary. People of Jay Z and Beyoncé cannot settle for anything less.

There you have it. Beyoncé is extremely wealthy and therefore she can afford almost anything she puts her mind to. It is not strange she and her husband are actually renting a house when they have enough money to build an equally elegant house for themselves. Speaking of jewelry, it may be possible that at any point, Beyoncé actually has $10 million worth of jewelry on her.