Now that we are deep into 2016, the rumors and speculations about Vin Diesel’s twin brother have settled a bit but new rumors are cooking up. We might just get a new wave of energy on the now confirmed twin brotherhood but that has to wait. During the early days of 2015, Vin (Born Mark Sinclair) was faced with a difficult time putting up with the media that had caught up with rumor about his twin brother. Apparently, Vin had a fraternal twin brother who had lived a life away from the spotlight, of course until they caught up with him. There were photos circulating the internet about the supposed twin brother and there was no resemblance at all. Vin was finally tired and offered to post a photo of his real twin just so the media would stop tormenting another person and it was a shocker. Unlike the photos that were showing in the rumormongers’ websites, Vin’s real twin was something of a spectacle and ignited another buzz. 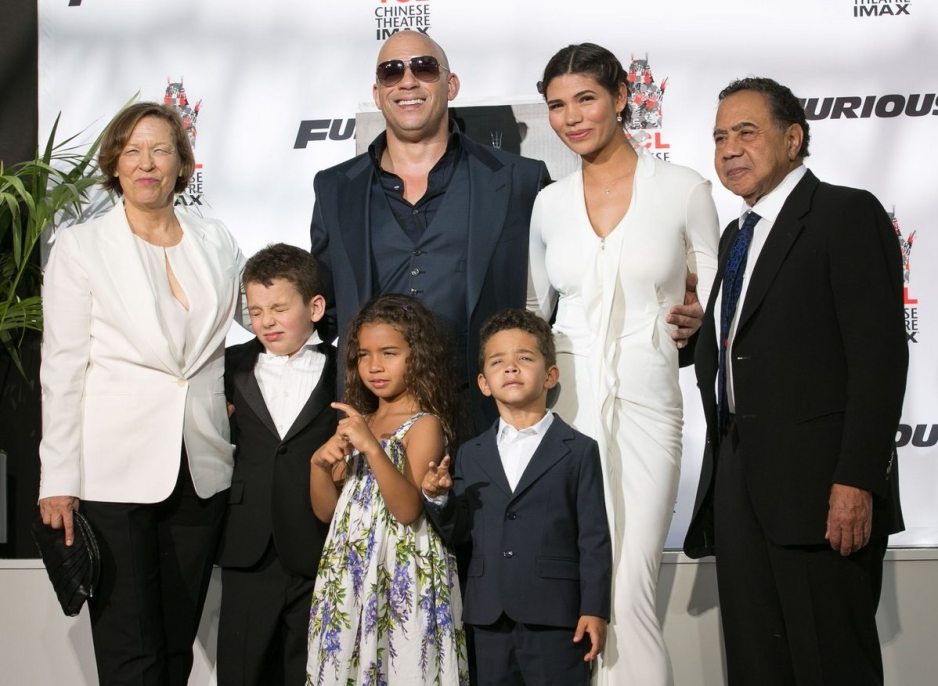 Diesel’s mother, Delora Sherleen Sinclair is a successful astrologer. Even though her originality has not been clearly revealed, she has backgrounds of Scottish, German and English. To date, Vin Diesel has not had a chance to meet his biological father. He was raised by his stepfather, Irving H. Vincent who is a theater manager as well as an acting instructor. The actor chooses to remain silent when it comes to family life. However, it has been revealed that he has three children (Hania Riley, Vincent Sinclair and Pauline) with his long time girlfriend Paloma Jimenez. His siblings include Paul Vincent, Tim Vincent and Samantha Vincent.

The true identity of Vin’s twin brother was revealed as Paul Vincent born July 18th 1967 on the same day as Vin (Mark Sinclair) in Alameda County California. So Vin had chosen to use his brother’s real name (or at least the short form) as his stage name. The Last Witch Hunter star actor decided to release a photo of his brother and declared an end to the mystery the media had so loved.

Paul turned out to be nothing less than Vin. He is an instant attention grabber and has all the charm Vin’s followers love. There is a striking similarity which should be normal since they are twins but most fraternal twins are usually complete opposites of each other. Vin and his brother were born to their astrologer psychologist mother Delora Sinclair Sheerleen in Alameda where they were both raised but decided to take different paths.

It was all about the media having fun

Before the real identity of Vin’s twin brother was supposedly resolved, it had already been revealed one year before. This was all about the media having fun, Diesel had remarked in a Facebook stream following increasing rumors that claimed some other guy was his fraternal twin. In the stream, Vin pointed to another post from 2014 he had titled “The 2 Pauls” where two men stood in a movie background setting. Both men shared the name Paul (or Pablo as it is famous in the Californian part).

One (the late Paul Walker) had too much hair on him while the other was reasonably comparable to Vin. He had revealed his twin brother and made a comment about it. The media had this knowledge and was only having some fun pushing on to see what they would make of the rumors. When it all came to close, fans could not help but notice that Vin’s twin was actually a “hottie.”

Back in 2006, Vin had reminded the media that he loved his privacy and would not put it out there like other actors did. In fact, this may be one of the reasons he prefers his stage name Vin Diesel rather than real name Mark Sinclair. Having to reveal his twin baby brother must have been quite hard or he really just could not let the media torment another person claiming to be his brother when they already knew he wasn’t. Or maybe they were just pushing him based on his comments back in the days.

A movie for the bro…?

After such identity is exposed, it is only normal for fans to expect that Vin’s brother will be given a chance to feature (at least just show up in one scene or two) in his next movie. Diesel is known for his deep voice which broke back when he was only 15 years and fans would wish to listen if there was any resemblance in his twin’s presentation. However, that may have to wait much longer in wake of the new publicity that is still being digested. As aforementioned, Paul likes his family living outside the spotlight. This is quite interesting considering that Vin, an actual star known across the globe, loves his privacy kept intact. How much more would his brother wish to stay off the waves? Well, fans can understand that but will still be delighted should he be featured somewhere in a clip.