Tom Brady is a prominent National Football league player who has since 2000 played for the New England Patriots. He is an eminent American sports star with a massive fan following. His football career has always been the height of discussion of broadcast as well as print media. However, his personal life also attracts a lot of media attention from time to time. His involvements with Hollywood celebs and other media celebrities have kept him high in news. Brady is currently married to Brazilian supermodel Gisele Bundchen. The pair who share two kids together seem happy and contented in their conjugal life. However, the strings of his past involvements often surfaces in media’s sight.

For two long persistent years, beginning from 2004, Bridget Moynahan was the name associated with Tom Brady. This model and actress was spotted on several occasions with Tom and the pair appeared to be having a smooth relationship. Unfortunately in December 2006, the couple publicly announced their separation. A few months later, Brady began a relationship with the then Victoria Secret Angel, Gisele Bundchen. 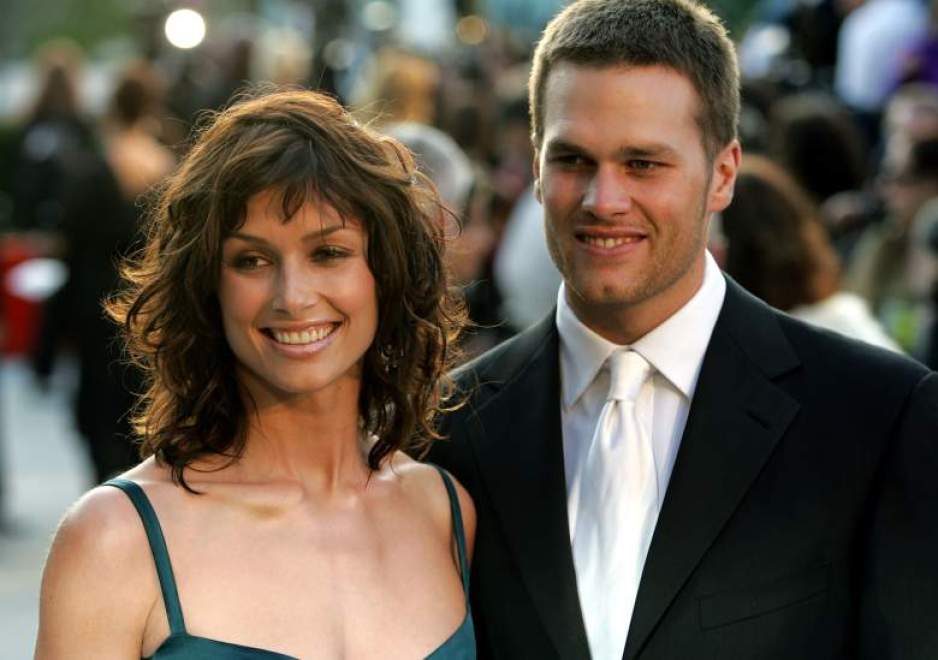 While Brady’s relationship with Gisele was still at its budding stage, the couple were hit with the shocking news of Bridget’s pregnancy with Brady’s child. In February 2007, Bridget revealed her pregnancy was three months old. She gave birth to son named John Edward Thomas Moynahan aka Jack on 22nd August 2007 at Saint John’s Health Center in Santa Monica, California.

The pregnancy news wasn’t exactly a pleasant one for any of the trios, it was more of a disguised blessing that was difficult to accept. A year later, in 2008 after the birth of Jack, Bridget in an interview with Harper’s Bazaar revealed that she felt heartbroken following the breakup and the sudden pregnancy didn’t make things any easier. Bridget said the first thing she did when she got home with her new baby was “cry”. However, the tears weren’t as a result of sadness or depression or anything of sort but of anxiety about raising a new born.

“Everyone says, ‘You give birth, you go home, and you have this amazing baby and it’s just beautiful’, and I walked in and I just started sobbing……..All of a sudden, you have this newborn you have no training for. It’s frightening.”

About how she revealed the news to her parents she said;

“When you’re suddenly pregnant and no one is standing by your side, even if you’re in your 30’s, it’s a hard conversation. “I’m a traditional girl, and I believe in marriage, and I just always thought that’s the way I’d be doing this. For a moment, it was hard for me to accept that this was the way I was going to have a family.” 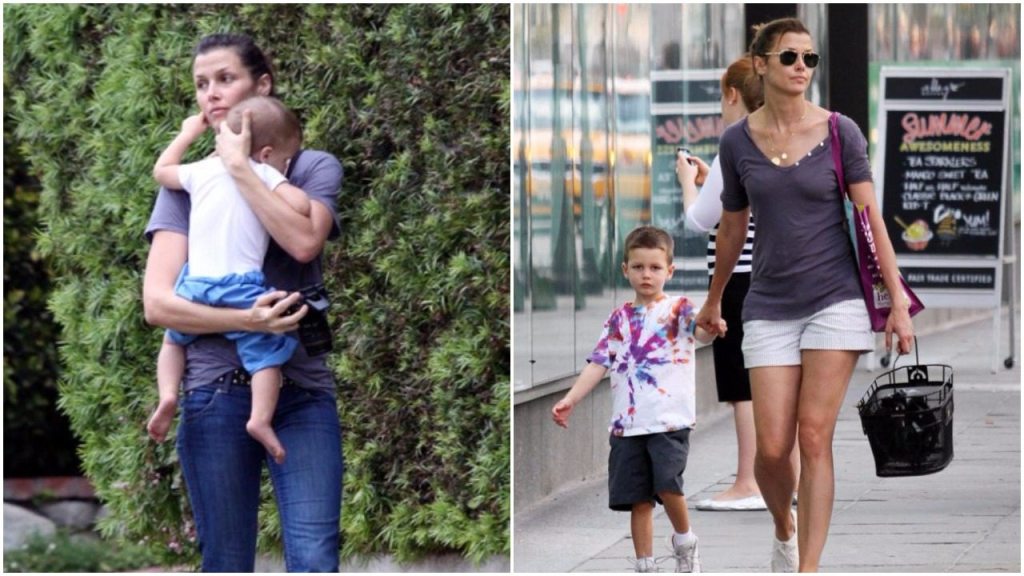 Bridget and her son, Jack

However, despite the initial tension, Bridget revealed how happy motherhood had made her;

“Going through that traumatic time of being heartbroken and then being pregnant turned my whole life upside down and inside out and just knocked the wind out of me. But I got so much out of that. It’s golden and it’s tough and it was fucked up. But now I have a child, and it’s the best thing in the world.”

On the other hand Gisele also revealed her feelings about the pregnancy and the impact it had on her relationship with Brady. In a 2009 interview with Vanity Fair for their May Issue, the super models revealed that;

“It was definitely a surprise for both of us. In the beginning you’re living this romantic fantasy; you’re thinking, This can’t be true, it’s so good! And then, Whoops—wake-up call! We were dating two and a half months when he found out, and it was a very challenging situation. Obviously, in the beginning, it’s not the ideal thing.”

In another interview, this time with CBS News on November 10, 2015, Gisele revealed she considered breaking up with Brady after the pregnancy news;

“It was a challenging thing because here I am, you know, thinking I’m dating this guy. We met, we started dating, everything is great, and then this happens so I felt I didn’t know what to do, Do I just run away?” 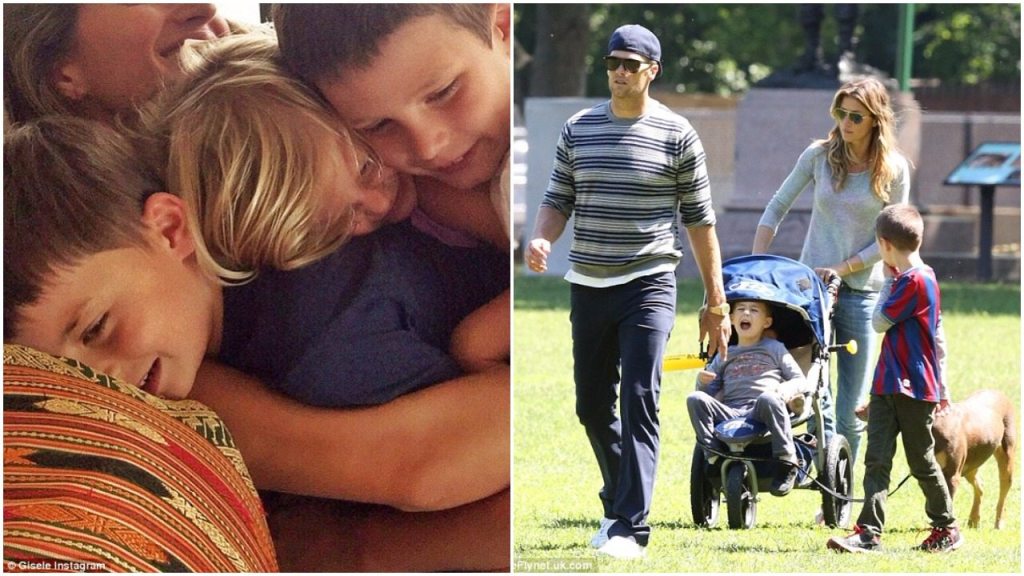 (left) Gisele hugging her kids including the bonus, Jack (right) Brady and Gisele taking their sons for a stroll

However, in both interviews, the now retired runway model said she accepted Bridget’s son Jack as her own, confessing Jack as a cute and sweet bonus child. But her comments in the first interview with Vanity Fair didn’t sound so pleasing to Bridget who was reported to have been hurt by Gisele’s remarks. Gisele said of Jack in the 2009 interview;

“He’s a little angel—the sweetest, most cuddly, loving baby. I feel blessed to have him in my life. I understand that he has a mom, and I respect that, but to me it’s not like because somebody else delivered him, that’s not my child. I feel it is, 100 percent. I want him to have a great relationship with his mom, because that’s important, but I love him the same way as if he were mine. I already feel like he’s my son, from the first day.” 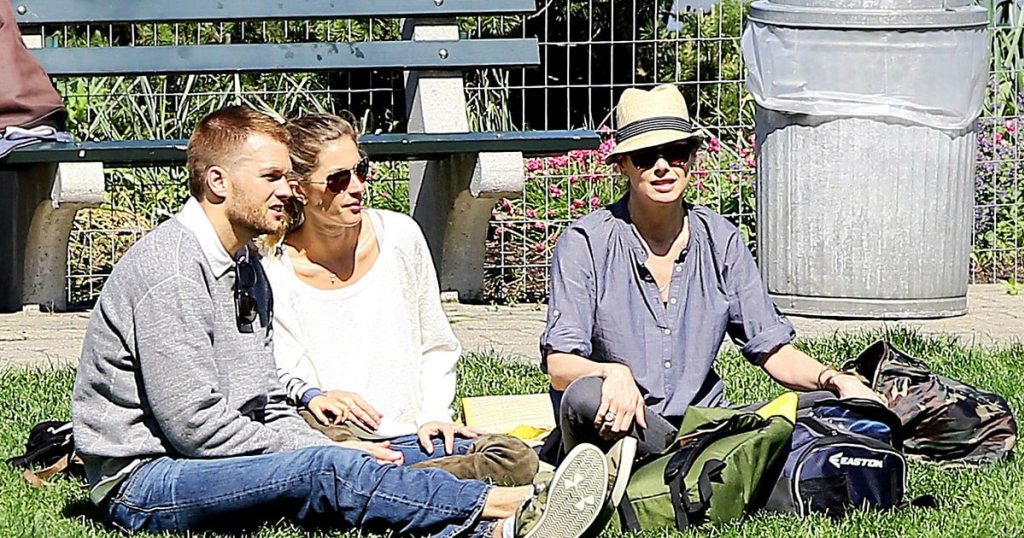 Brady, Bunchen and Bridget hang out together at a park in NYC

All in all the two ladies seemed to have buried the hatchet and flushed off all bad bloods between them in order to co-parent Jack. In 2011 she told to More Magazine that she maintains a close relationship with the power couple. She said “I have a relationship with these people on a daily basis. I’m raising a child, and it’s public. The media creates these dramas, and that’s not what’s happening in my life…..My son has two loving parents and an extended family, whether it’s cousins or stepmothers or boyfriends. My son is surrounded by love.” 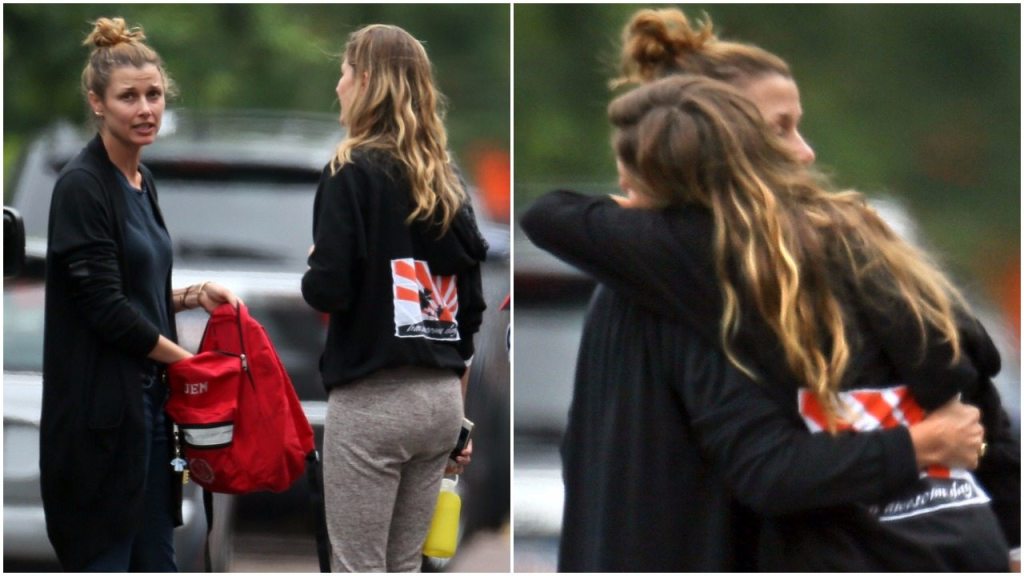 Bridget and Gisele spotted sometime in 2014 sharing a friendly hug. 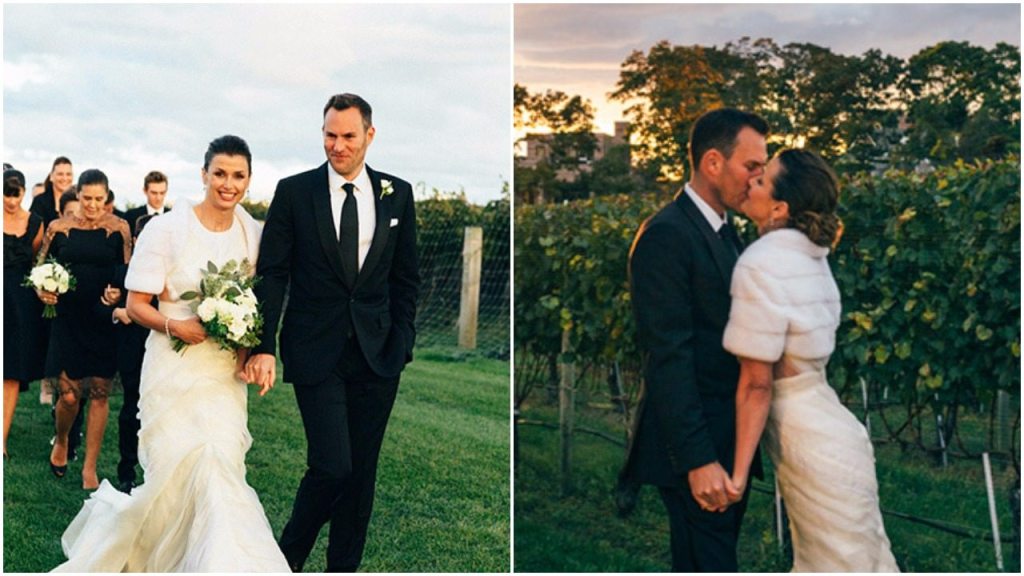 And while Brady and Gisele live up their romance, Bridget hasn’t been starved of love either; she began a romantic relationship with filmmaker and record producer McG in 2010 but later broke up. She then married businessman Andrew Frankel on October 17, 2015 in an intimate vineyard ceremony at The Hamptons.

The Brady-Bundchen relationship like every other celebrity union hasn’t been without controversy. While the pair always appear to be waxing stronger, the media have often come up with rumors indicating a divorce. If anything, the rumors have helped the couple become more supportive of each other. The rumors however, stemmed from the Deflategate scandal which accuses Brady of tampering with the 2015 A.F.C. championship game ball. After a prolonged 18-month legal battle Brady in August 2016 gave in to a four-match ban. 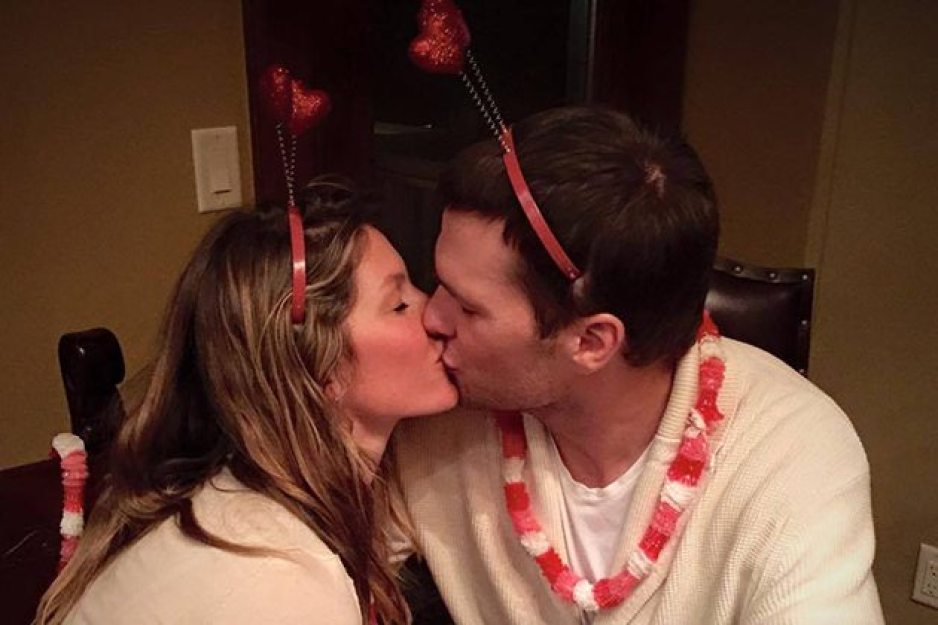 “We’re in a great place, I’ll just say that I’m a lucky man. I’ve been very blessed with support from my family and certainly her (Gisele), and there’s no bigger supporter that I have than her and vice versa. I’ve been very blessed to have an incredible relationship with my life partner, and I don’t think anything will ever get in the way of that.”

Gisele have equally gushed sweet words about her hubby. On one occasion she said;

“He is a very kind man, he’s kind, I think we’ve been through a few tough times together, I think that’s when you know, who are your friends, and who loves you. My father always says ‘the quality of your life depends on the quality of your relationships.’ “