Srishty Rode Wiki Biography DOB Age Boyfriend Biodata| Chalti Ka Naam Gaadi Actress Piya Ahuja Real Name– Srishty Rode is a well-known Indian television actress who has taken a place in the hearts of viewers with her good looks and marvelous acting skills. She made her television debut with the role of Manjari in Indian daily soap opera ‘Yeh Ishq Haaye’ which aired on STAR One. After that she came into prominence for playing the role of Sarita in Zee TV Show ‘Punar Vivah- Ek Nayi Umeed’.She was last seen essaying an essential role in Indian daily soap ’Mohi’ which is being telecast in Star Plus. Currently, she is playing the lead role of Piya in SAB TV Show ‘Chalti Ka Naam Gaadi’. 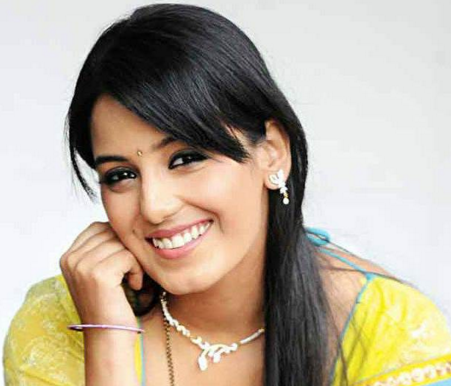 Srishty Rode Wiki and Biography– Srishty Rode was born on 24 September 1991. She has worked in number of TV Advertisements and daily soaps. She truly impressed the viewers with her good looks, mind blowing acting and dedication towards her work.

As Piya in Chalti Ka Naam Gaadi– Currently, she is portraying the role of Piya Ahuja in SAB TV comedy show ‘Chalti Ka Naam Gaadi’. Srishty said in an interview about her character, “I am playing a bubbly girl who likes to experiment different things every time”. This show also features Romit Raj, Anang Desai and Harsh Khurana in important roles. This show is produced by Deepti Bhatnagar and sponsored by Maruti Suzuki.

Boyfriend– According to the sources, Srishty Rode is dating television actor Manish Naggdev. They have now confessed love for each other and they do not want to come out in the open.