Khloe Kardashian is the middle child of the very famous Kardashian clan. The well-known family’s rise to stardom is owed to their very successful reality TV show Keeping Up with the Kardashians (KUWTK) and their even wilder and more controversial public image.

From being married to top stars like Lamar Odom to very public family feuds and makeups, the public has seen it all unravel on their show. As of May 2016, the show premiered it’s 12th season, making it the longest running reality TV series in the United States. The show focuses on the personal and professional lives of the family members of the Kardashian – Jenner clan. The very successful show signed on a four-year deal for a whooping $100 million — the biggest in Reality TV history.

Since the show’s inception, viewers have enjoyed following Khloe as she juggles her string of businesses including managing the Kardashian clothing store — DASH. The success of KUWTK has also led to various spin-offs like Kourtney and Klhoe take Miami and a spin-off with her then husband Lamar Odom called Khloe & Lamar.

Aside from her various business ventures, viewers have gotten to see Khloe struggle with her weight throughout the seasons and being attacked by tabloids, most of whom refer to her as “the fat sister”. Now the Reality Star lives a fit and healthy lifestyle using her social media platforms to promote a body-positive image.

The TV star is 1.77m or 5ft 9in which makes her the tallest of the Kardashian sisters. Standing beside the other two Kim and Khourtney who are just 1.59m and 1.52m respectively, it’s easy to tower over them. She is quoted saying in interviews that she doesn’t like when she can’t wear heels in photoshoots because her sisters are so short. Khloe often teases Khourtney about her height on the KUWTK show. However, standing at 1.79m is Kendall Jenner, Khloe’s half-sister who also appears on the show. 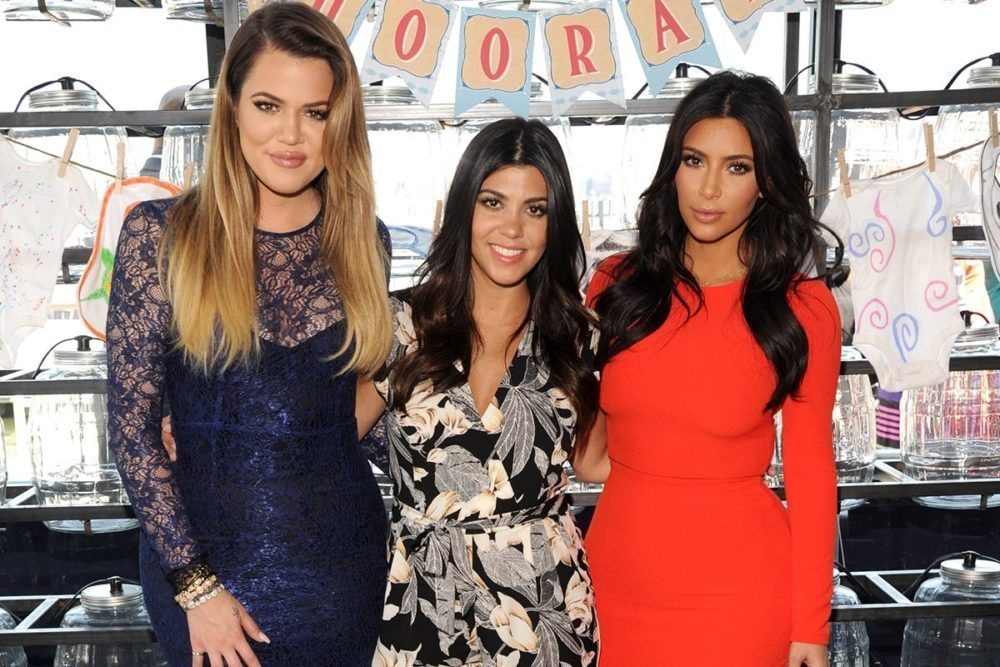 Khloe has often been scrutinized because of her weight. Even though she has never been obese, being a reality TV star and constantly being infront of the camera meant that her weight was continuously open to the public for criticism, especially in comparison with her sisters. In an interview with Cosmopolitan Magazine, the reality star is quoted saying, “I wish I could say I don’t care, but of course, comments about my body are going to sting.”

Khloe Kardshian’s weight has often fluctuated over the years, it’s estimated that she as of 2011 she weighed 163 pounds. The starlet as of 2016 weighs 133 pounds after losing a total of 30 pounds!

She achieved her envious 30 pound weight loss through a very strict diet and workout plan. Mostly eating plant-based foods and other healthy meals. She’s often said she derives joy from hitting the gym and that it took her a complete lifestyle change to lose the weight and keep the weight off.

The reality star who has unarguably worked really hard to get in-shape says she now receives backlash that she is too skinny. The reality star however laughed it off saying, “never would I have ever thought I would be in the media for being ‘too skinny’”

The starlet has body measurements of 35-29-40. She says she uses exercise as a stress-reliever and therapy. She admits that once you begin to see results on your body, working out becomes addictive. The starlet doesn’t let her busy schedule stop her from putting in work at the gym. “I’ve been up since 2:30am because I’m jet-lagged and couldn’t sleep and I still went to the gym this morning” the starlet said. 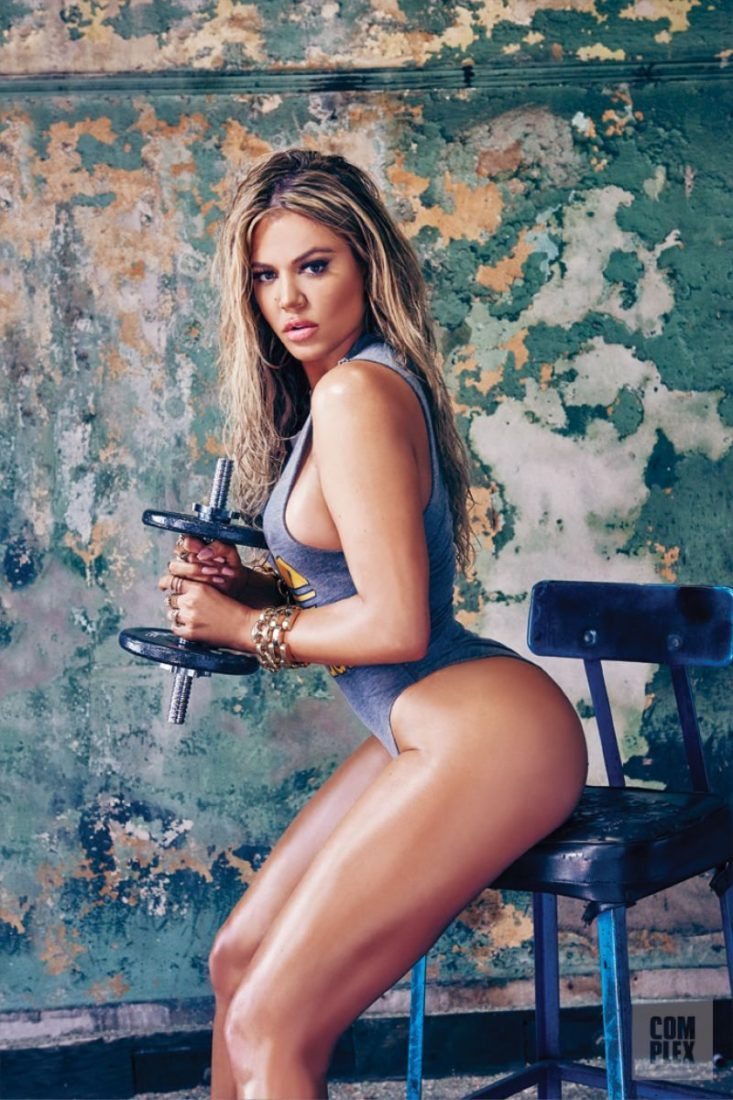 Khloe Kardashian is known to promote a body-positive images, the starlet has used her various social media platforms to both shut down her numerous body-shamers and to promote a healthy body image. She agrees that her dramatic transformation has had an impact on her confidence so far.

Growing up infront of the camera has its perks and its downsides. The world has watched her grow up and struggle with her weight and criticisms from tabloids. The world has also watched her completely change before our eyes by going to the gym and promoting a healthy fit lifestyle.