Katheryn Hudson, better known by her stage name “Katy Perry” is a multi award-winning pop/rock artist who rose to fame after her hit single “I Kissed a Girl” topped the Billboard Hot 100 chart for seven consecutive weeks. Since then, the voluptuous singer has gone on to put her stamp on the music industry as one of the most successful and sought out stars, having major collaborations with other industry top-shots like Snoop Dogg, Timbaland and John Mayer.

According to Forbes, by 2011, Katy Perry ranked 3rd on their “Top-Earning Women in Music” list, after earning $39 million from her career. The singer went from being the shy gospel-singing daughter of Pentecostal pastors, Keith Hudson and Mary Perry, to having a hugely successful pop career, being a sex symbol and also a role model. 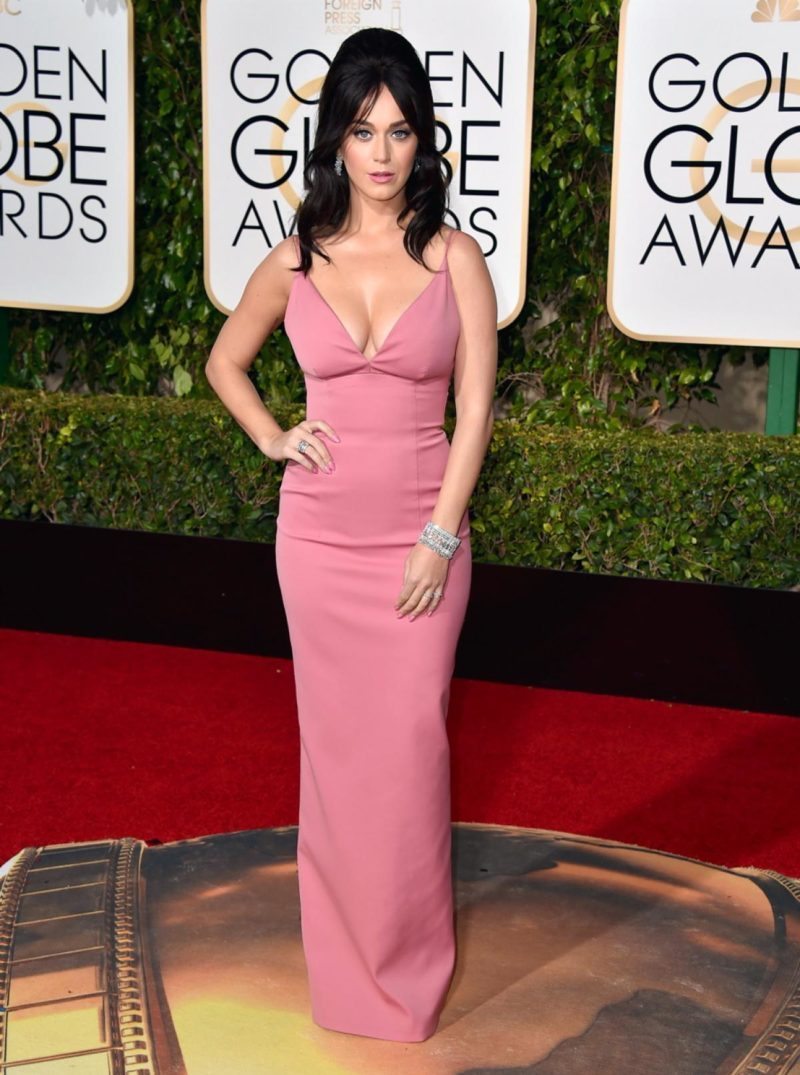 The singer is 5ft 8in or 173cm. Statistically speaking, Katy is well above the average height of an American woman. She doesn’t measure up to the average height of a supermodel which seems to be society’s placard for “the tall woman”. So measuring up to that, she is of average height. However, Katy stands out among the crowd. Being above average and having a very unique fashion sense makes her one of the modern day pop stars with enviable style.

The voluptuous singer weighs 59 kilograms or 130 pounds. With a Body Mass Index (BMI) of 20, Katy is of a healthy weight size. She also promotes a healthy body image by going to the gym and eating healthy. Being a performer also provides her with an extra workout while being on stage or practicing for her routines.

She maintains her weight by taking supplements and vitamins. The singer shared on her twitter page her bags of vitamins and supplements which helps her with her daily health routine. 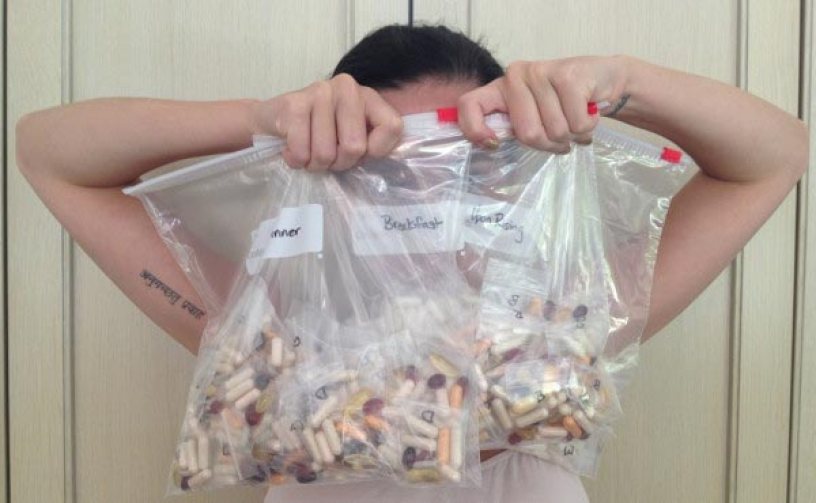 Katy with her bag of supplements

The star has body measurements of 36-24-35. With an hour-glass figure like hers, Katy is definitely a head turner. The singer is one curvaceous celebrity and is often described as a sex symbol. Bursting out in the scene with her looks and her mega hit single “I kissed a Girl”, she earned her position as an international sex symbol.

Her mega hit “I kissed a girl” is both praised and criticized for Katy’s sexuality and gender-bending roles. Criticisms on her track and sexuality were surrounded by the fact she exploited her “gender-bending” qualities for music sales and fame. 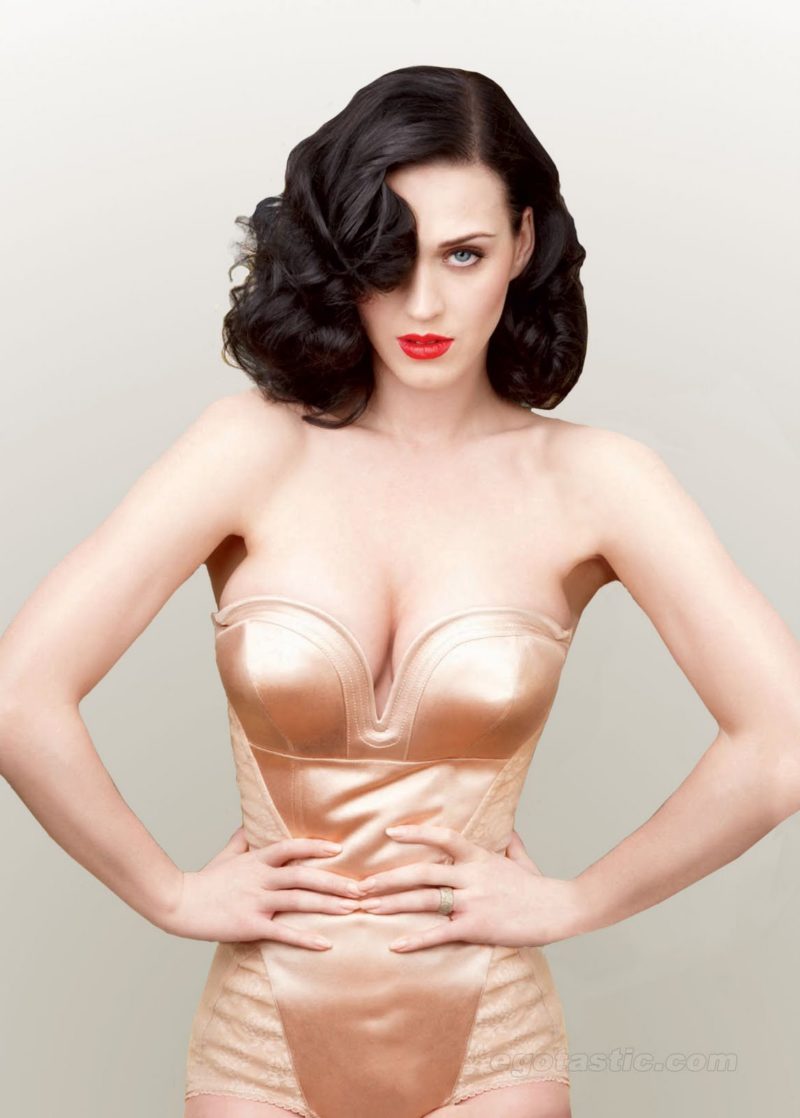 The voluptuous singer is on the heavier end of bra sizes with a 32D. “When I was a kid I had enormous boobs that I didn’t know what to do with, so I wore minimizers, which were not cute. I got made fun of for the over-the-shoulder boulder holder,” Katy said during an interview with Elle Magazine.

The singer explained that she was heavy chested then and wanted to look like the model Kate Moss who is known for her petite frame. She went on to say little did she know that her bigger size will come in handy someday. 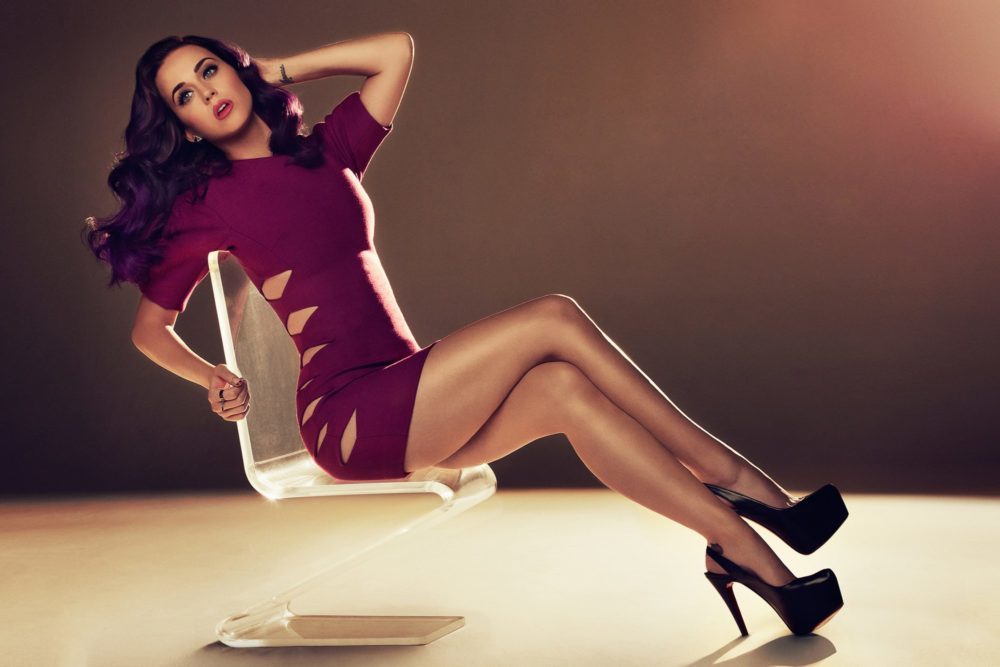 Katy is a big fan of the Harley Pasternak Five Factor Diet which allows for five nutritious meals a day and to exercise five times a week. The singer does not starve herself but believes in moderation. She is known to love soup, grilled chicken and whole grains, all of which are healthy choices for her diet plan.

The singer not only focuses on eating right but also puts in her own fair share of workouts. To increase her stamina and keep her on tiptop shape for those long performances on stage, the singer enjoys outdoor sports. Her favorite form of outdoor exercise is hiking, which her trainer says she does quite often.